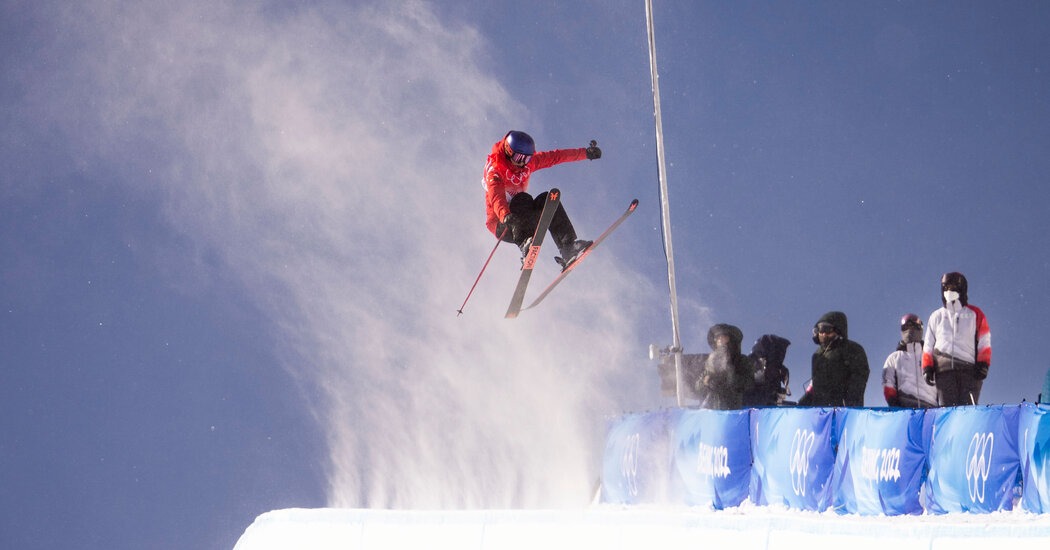 
Kamila Valieva, the Russian star at the center of a doping scandal, knew immediately it had all gone wrong.

Her program over, her Olympics over, Valieva broke her final pose with a dismissive wave of her right hand. By then, she was already fighting back tears. Those would arrive in earnest soon enough — the bitter, disappointing, emotional end of more than a week of whispers and insinuations that followed the revelation that she had tested positive for a banned drug.

The women’s free skate had promised to be one of the most-watched events of the Games. But few could have expected its stunning denouement.

For more than a week, Valieva, 15, had been buried under an avalanche of distractions: the integrity of her success and her skills were under attack, as was the character of the adults around her.

She had stepped on the ice wearing the same face she’s worn all week in Beijing: Nearly expressionless, doing her best to block out all the outside distractions, or at least not acknowledge them. Now that her free skate was over, she buried her face in her hands.

As the crowd responded with its loudest applause of the night, her blank expression returned. After a few halfhearted waves, she stepped off the ice to be greeted by her coach, Eteri Tutberidze. They did not hug.

“Why did you let it go?” Tutberidze asked in Russian in a scene broadcast on live television. “Why did you stop fighting? Explain it to me, why? You let it go after that axel.”

Valieva did not reply.

Moments later, waiting for Valieva’s scores, Tutberidze held her arm around the teenager’s shoulders. Valieva had put on a mask by then, but it did nothing to shield her disappointment. The scores confirmed the worst: the world’s best skater, who had finished the short program in first place, had tumbled off the podium completely, her dreams dashed in a series of uncharacteristic stumbles and falls. A different Russian skater, 17-year-old Anna Shcherbakova, would be the Olympic champion.

Several members of the Russian contingent were in tears by then, including not only Valieva but the silver medalist, Alexandra Trusova, too. In seconds, the scene at the edge of the rink quickly shifted to a blur of disparate emotions — crushing disappointment, raw frustration, incalculable pain — as the weight of a doping scandal and the pressures of years of training burst forth from several masked teenagers at once.

“I hate it!” Trusova was seen on camera saying. “I don’t want to do anything in figure skating ever in my life! Everyone has a gold medal, and I don’t!”

Valieva’s two Russian teammates, Shcherbakova and Trusova, seemed to struggle to process the news they had won gold and silver medals, their personal moments of triumph marred by the chaotic scene. Shcherbakova, 17, appeared unwilling — or unable — to celebrate with the 15-year-old Valieva only yards away. Trusova, 17, suggested, at least initially, that she did not want to take part in the victory ceremony.

Nearby, the bronze medalist, Kaori Sakamoto of Japan, was crying as well, her achievement producing what was very likely a different outpouring of emotion: joy.

All three would eventually come out for the ceremony that few had expected to take place. Called to the top step, Shcherbakova leapt into the air, arms aloft, as she accepted her stuffed animal souvenir, which many of the top finishers have received as placeholders ahead of their official medal ceremonies the next day.

“I was feeling a lot of pleasure because I happened to be in the right time and the right place and did the right things,” Shcherbakova said. But she quickly added, “On the other hand, I feel this emptiness inside.”

On NBC, Tara Lipinski and Johnny Weir called the scenes around the end of the competition “heartbreaking” and “devastating,” and made clear, over and over, that they believed it had been unfair — to Valieva, to the other skaters, to viewers around the world — for the 15-year-old to have competed, and especially under the crushing weight of scandal and expectations and everything else.

“She should not have been allowed to skate in this Olympic event,” said Lipinski, the 1998 Olympic champion. She added that it had made her angry that the adults around Valieva didn’t “make better decisions.”

“It’s not fair,” Lipinski said as the sobs played out on the screen, for a 15-year-old to have dealt with all of this.

Her colleague Johnny Weir posted a video to his Instagram story soon after the broadcast ended, calling the night the “most bizarre and heartbreaking event I have seen in my entire life.”

“I hope that it is never repeated,” Weir said.

Adam Rippon, who coaches the American Mariah Bell, who finished 10th, used an expletive on Twitter to describe the chaotic end to the competition. And on Russian state television, the commentator Andrei Zhuranko thundered, “Sports officials, you have broken the most talented figure skater in the world.”