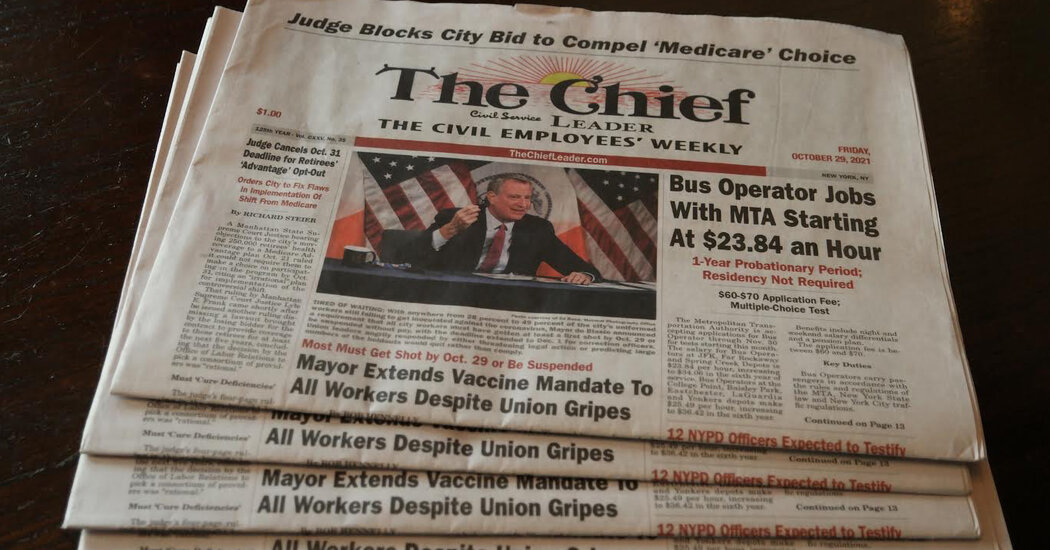 Why the Media Loves Labor Now


Mr. Shakir said More Perfect Union has shied away from coverage of the new organizing among tech workers and journalists.

“Reporters love to report on other reporters, so there is not going to be a lack of coverage of organizing in the media industry,” he said, “but we can fill in in other areas. We’re talking about the Dollar General workers, the Burger King workers, the Buffalo Wild Wings workers. We can’t lose sight of that.”

On Sunday, More Perfect Union is starting a new stream of videos aimed at providing a left-wing answer to PragerU, a YouTube titan of right-wing ideology. The project, called Classroom (get it?), is aimed at building “the Op-Ed page, or the argument, for why the values that we hold are right,” Mr. Shakir said. The first video is a punchy, animated case for universal child care.

The labor media surge has come with some eye rolls from the journalists who were working the beat before it was cool. “It’s both an exciting and an immensely frustrating time to be a labor reporter,” Sarah Jaffe, the host of the podcast “Belabored,” said in an email. She said she regularly sees “rookie mistakes” in the newcomers’ union coverage, including confusion about the intricacies of labor law and impatience with the granular details of contract negotiations.

But union leaders say the media attention is part of a larger comeback for the labor movement.

Sara Nelson, the international president of the Association of Flight Attendants (whose appearance on the cover of Fast Company this summer was its own labor milestone), said sympathetic coverage of unions can fill strike funds, put pressure on companies and bolster workers’ morale.

“I can’t tell you how much that coverage means to people in the middle of a strike,” she said.

Perhaps the best evidence of how hot the labor story has become lies in the overheated trend stories of late, a raft of articles that renamed October “Striketober” and have called this moment a “strike wave.” But as the Los Angeles Times reporters Jenny Jarvie and Margot Roosevelt noted recently, the number of workers out on strike is, in fact, “relatively tiny.”

What may be more striking, the labor historian Nelson Lichtenstein wrote in Dissent, “is the cheerleading, the hope, and the expectation for a labor upsurge that has been manifest ever since scores of eager young journalists descended upon Bessemer, Alabama, last winter to cover the union effort there to organize an Amazon distribution center.”