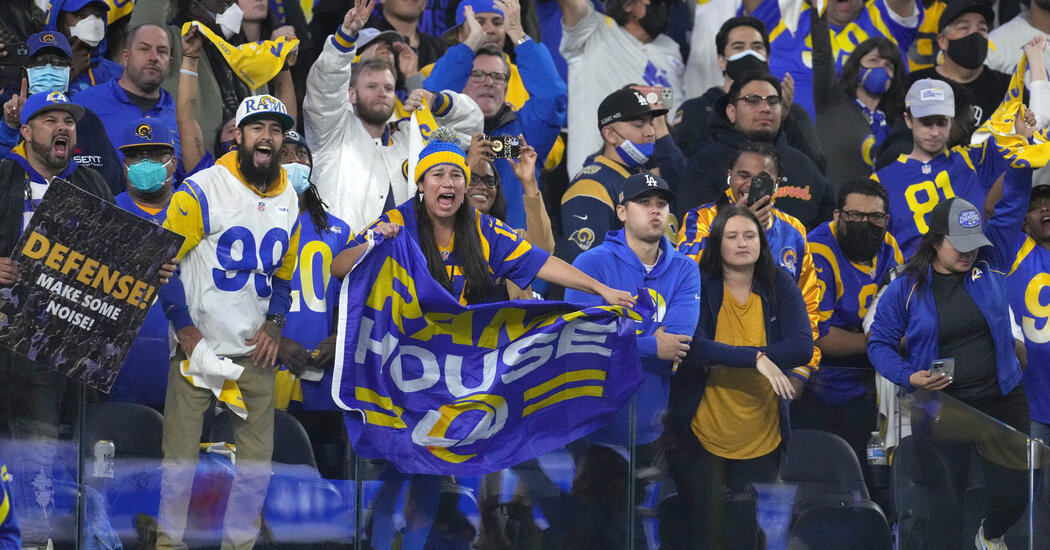 
The N.F.L. does not care about your concerns.

It does not care if you think the most recent purge of Black head coaches is proof the league’s vow to end racism is a sham.

It does not care if you think the league is too “woke” or caught up in virtue signaling.

It does not care if you’ve had enough of the debilitating injuries and the beloved players shellshocked by the game’s inherent brutality.

The N.F.L. does not care because it does not have to. It weathers all storms — from Hurricane Kaepernick to the deluge of pain, uncertainty and death caused by Covid-19. It has an ever-tightening grip on America and its culture, tapping into our fascination with violence, our need for high drama, our desire to witness brilliance unfurling under extreme duress. (See: Brady, Tom.)

Rather than being in retreat, the league this year added a 17th game to its regular season — never mind exposing the players to even more concussive hits. For the first time, fans watched an N.F.L. playoff game held on a Monday night.

In March 2021, the N.F.L. signed an 11-year-deal with its media partners valued at about $110 billion. Viewership on television and over digital streams took a sharp jump upward that year, leaping 10 percent and reaching its highest regular-season average in six years.

Is there any better indication of American pro football’s dominance than this? N.F.L. games accounted for 48 of the top 50 most-watched broadcasts in the 2021 regular season, and 91 of the top 100. Facing an uptick in Covid-19 cases, and ratings that shrank to half of what the N.F.L. averages on a regular weekend, the Grammys will move to a date that doesn’t compete with the conference championships.

Why should the league worry about what we think, what we worry about or even protest, when more cash and better ratings continue to rain down?

Never mind any of its problems. Never mind Jon Gruden’s emails, or the reprehensible sexual harassment within the Washington Football Team and its owner’s involvement. Forget about the unethical way pro football treats former players. (Just one example: Its policy, only recently altered, of using race to dole out smaller disability payments to Black players with brain damage.) Nothing changes.

The owners of the league’s 32 teams, overwhelmingly white, conservative and male, are plenty content with the status quo — so long as we keep watching.

Why can’t we turn away?

Right along with the drama, the crushing blows and brilliant spectacle of it all, another reason is the game’s unrivaled ability to bring people together. The nation’s most popular sport remains all-powerful in how it unifies, even during the pandemic, and when the divisions in American life seem to grow wider with each passing day.

The most ardent boosters of rival politicians find themselves elbow to elbow at bars or perched together in the upper tiers of N.F.L. stadiums. And even if they don’t watch together in person, the TV and streaming broadcasts allow people with divergent views on everything else to share in a spectacular interception from the team they both love.

I admit to my own complicity. I’m an N.F.L. critic, not just because I’m a journalist who views power with a skeptical eye. I believe the league has mishandled its response to the pandemic.

Seeing two of the league’s three Black head coaches, Houston’s David Culley and Miami’s Brian Flores (who is Black and Latino) lose their jobs last week, becoming fall guys for organizational ineptitude, churns my stomach. The sick feeling gets worse when I think of Brandon Staley, yet another young white head coach hailed as a genius despite minimal N.F.L. experience. The Los Angeles Chargers missed the playoffs because of his ineptitude.

And yet even when not reporting, I watch the games, grappling with internal conflict all along. I’m hardly a rabid fan, but the game that helped me bond with my father as we watched the 1980s and 1990s Seattle Seahawks now helps connect me with my 11-year-old son.

My boy will never play football because his parents know the risks of brain damage, and he does too. But the N.F.L. is sucking him in. He loves Patrick Mahomes, partly because they share a mixed-race heritage. He hangs on Pete Carroll’s every move. To him, Russell Wilson is always “Danger Russ!” and Aaron Rodgers is always “Rodgers Rate!” — a sign the State Farm insurance commercials fronted by Green Bay’s most prominent anti-vaccine activist are working their sneaky magic.

Sometimes he asks to watch highlights from the 1970s and 1980s. We’ll pull up YouTube clips of the 1985 Chicago Bears, or John Madden and Ken Stabler’s Raiders.

I often must deliver bad news. “No, Kenny Stabler died far too young. He had brain damage, and so did Dave Duerson.”

“Jim McMahon, jeez, he’s a shell of his former self.”

We search for answers before realizing we have no good answers. So I tell the truth: The league will never change meaningfully, not so long as it is this popular. And then we sit back and watch more, my kid and me, like so many others.