Home  /  News   /  What We Know About the Brooklyn Subway Shooting 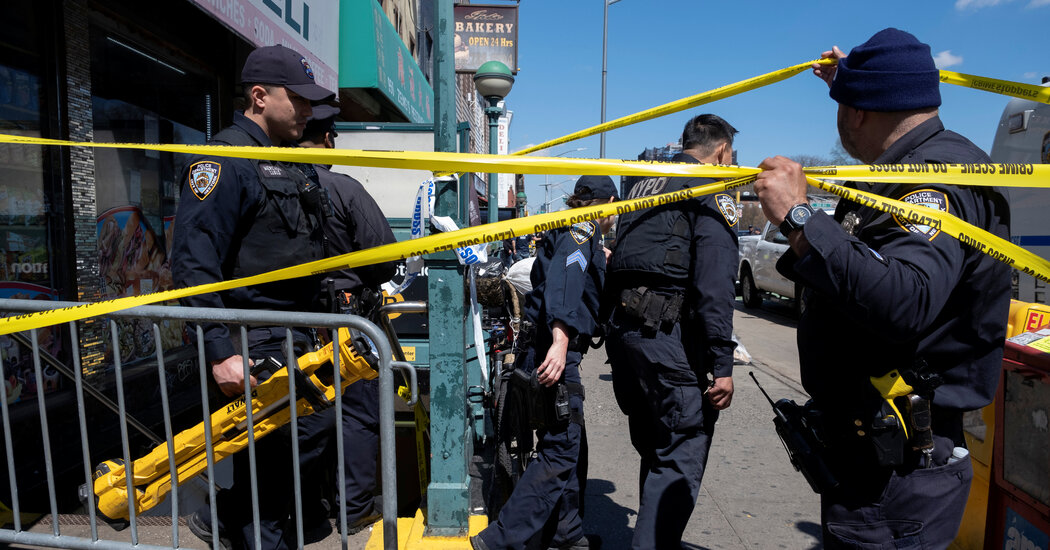 What We Know About the Brooklyn Subway Shooting


Investigators are piecing together what happened after a shooting spree Tuesday morning on a subway train in Brooklyn, in which at least 23 people were injured. The gunman remains at large.

Here’s what we know so far.

Shortly before 8:30 a.m., a man in a construction vest and construction helmet put on a gas mask as a crowded N train approached the 36th Street station in the Sunset Park neighborhood of Brooklyn, tossed two smoke grenades on the floor of the car, and fired 33 shots before fleeing.

Officials said consumer-grade fireworks, gasoline and two unused smoke grenades had been recovered from the scene.

How many people were injured?

Ten people were hit by gunfire, the police said. Five of the victims were critically injured, but none of their wounds were life-threatening, officials said. An additional 13 people suffered injuries related to smoke inhalation, falls or panic attacks, officials said.

Are there any leads on finding the gunman?

The authorities have named a “person of interest” connected to the shooting: Frank R. James, 62, who has addresses in Philadelphia and Wisconsin. He was not named as a suspect. The police identify someone as a person of interest when they believe the individual may have information related to a crime.

The investigation was hampered because security cameras at the station were turned off, but other signs led investigators to Mr. James. Two law enforcement officials said a credit card with Mr. James’s name on it had been found at the scene of the shooting, as had a key to a U-Haul van that Mr. James had rented.

Mr. James rented the van in Philadelphia sometime over the past several days, the police said. The abandoned van was found by the police late Tuesday afternoon about five blocks from the Kings Highway station, where the police say the gunman boarded the train.

A fireworks seller in Racine, Wis., said several brands of consumer-grade fireworks similar to the ones left behind were purchased last June by a man named Frank James.

Mr. James had not made contact with the police as of Wednesday morning.

What do we know about the person of interest?

Mr. James was described by neighbors as quiet and gruff. He appeared to have posted dozens of videos on YouTube, where he riffed off news events in long, vitriolic rants. He blamed Black women for violence among Black people and pointed to Russia’s invasion of Ukraine as evidence that whites are genocidal.

In a video posted to YouTube on March 1, the person featured in the video criticized New York’s mayor, Eric Adams, for recently announced policies addressing public safety in the subways.

Has security been increased?

Mr. Adams said Wednesday morning that there would be “an additional complement of police officers” on the subway.

Officials in many cities, including Boston, Philadelphia, Washington, Toronto and Vancouver said there were no credible threats to their public transit systems but that they would increase security.