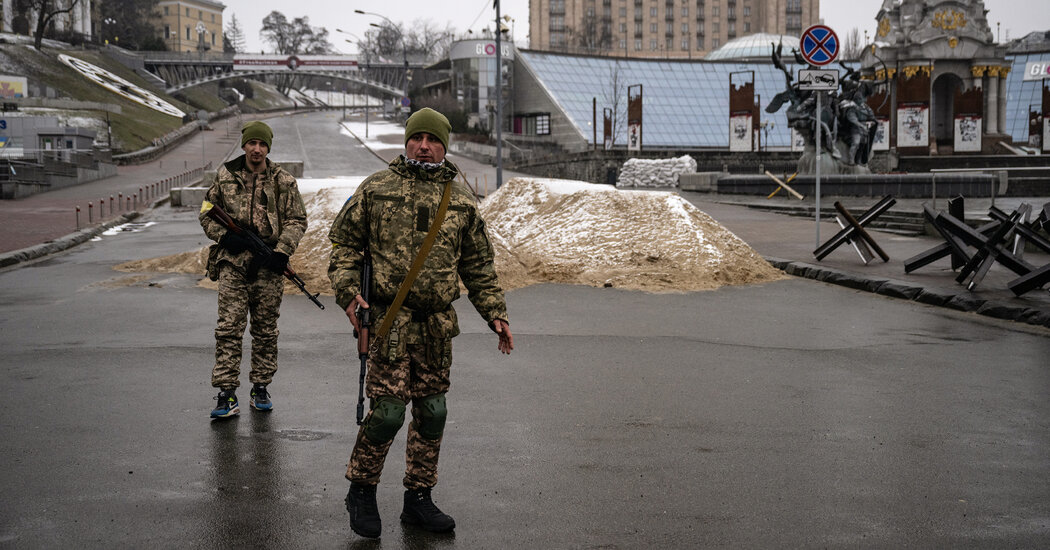 BEIJING — Organizers of the Beijing Winter Paralympics will allow athletes from Russia and Belarus to compete when the Games open this week, despite mounting pressure to exclude Russia and its teams from global sports as punishment for the country’s invasion of Ukraine.

The executive board of the International Paralympic Committee, which organizes the Games, declared that the Russian and Belarusian athletes would be permitted to compete as neutrals but said any medals they won would not be counted in the official medal table. The affected athletes instead will compete under the Paralympic flag, and they were ordered to cover any flags or logos identifying their countries that appear on their uniforms.

But the Paralympics’ board voted against taking more significant action during a stressful meeting in Beijing on Wednesday, citing a lack of legal grounds to punish the Russian and Belarusian delegations. The Belarusians will face the same restrictions as the Russians because Belarus provided support for the invasion.

“The athletes here, that were born in that nation, they are not the aggressors,” said Andrew Parsons, the president of the I.P.C. “I think we need to treat them with the same respect as athletes from any other nation who earned the qualification to be here.”

Parsons called the board meeting “very tense and emotional,” and he told reporters that the decision not to punish Russia and Belarus more harshly was not unanimous, although he would not share the results of the vote among the 14 voting members.

“In deciding what action to take, the board was guided by the I.P.C.’s core principles,” Parsons said, “which include a commitment to political neutrality and impartiality.”

He emphasized that if the board had voted to impose a full ban, the Russian and Belarusian Paralympic committees most likely would have been able to overturn it in an appeal to the Court of Arbitration for Sport.

The punishments the board imposed instead are similar to those already in place against Russia for its involvement in a state-sponsored doping scheme that corrupted the results of several previous Olympic Games. At the recent Winter Olympics in Beijing, Russian athletes competed under the banner of the Russian Olympic Committee. At the Paralympics, they were to compete as representatives of the Russian Paralympic Committee.

At the Paralympics, the Russian athletes will compete as the Neutral Paralympic Athletes and the Belarusians will be known as Paralympic Neutral Athletes, in order to establish three-letter designations for each for procedural purposes.

“Their teams do not exist here,” Parsons said. “But we do believe that individual athletes who have earned their qualification to these Games, they have the right to compete.”

The I.P.C. took a more measured approach than many international sports organizations — from soccer to auto racing to tennis to figure skating — that have issued declarations over the past several days excluding Russian and Belarusian athletes from events around the world. Teams, leagues and organizations also have withdrawn events from Russia — the I.P.C. did the same on Wednesday — or severed ties with Russian sponsors.

But many of those events are weeks or months away. The Paralympics will open on Friday and hold its first competitions on Saturday. Most of the 71 Russian athletes competing in 61 medal events are already in Beijing.

Many top Russian athletes, in fact, are expected to contend for medals, including the Nordic skiers Nikolay Polukhin and Ekaterina Rumyantseva, who have each won three gold medals at previous Paralympics. Alexey Bugaev, an Alpine skier, and the 17-member Russian sled hockey team, led by its goalie and captain Andrey Kasatkin, are also strong contenders to win medals.

Some, like Bugaev, who was on the slopes Wednesday in nearby Yanqing, have already begun training.

Meanwhile, a delegation of 20 Ukrainian athletes arrived in Beijing on Wednesday, the I.P.C. said. Parsons called their arduous trip out of Ukraine to Beijing “a fantastic piece of human resistance and resilience.”

Parsons said that the head of Ukraine’s Paralympic committee had requested that the Russians and Belarusians be excluded from the Games, and that Ukraine’s athletes had written an open letter arguing for a similar ban. Ukraine’s team is dominated by biathletes and cross-country skiers, who can expect to face off against Russians in almost every event.

“Russia’s invasion of Ukraine, supported by Belarus, is a clear breach of the Olympic and Paralympic Charters — a breach that must be met with strong sanctions,” read the athletes’ statement, which was published in coordination with the advocacy group Global Athlete. “If the I.O.C. and I.P.C. refuse to take swift action, you are clearly emboldening both Russia and Belarus violation of international law and your own Charters.

“Your lack of action will send a message to every athlete and the world that you have chosen Russia and Belarus over athlete interests. Your legacy will be defined by your actions.”

On Wednesday, the athletes released a second statement voicing their disapproval at the decision.

“The I.P.C. and sport cannot stop the violence,” the athletes wrote, “but they could have sent a message that Russian and Belarusian’s action warrant the toughest sanctions and complete isolation.”

Parsons said he understood the disappointment of Ukrainian athletes and hoped they would respond by winning as many medals as possible. He labeled Russia as the “aggressor state” and called the invasion a “horrific” violation of the Olympic truce, which was to be in effect until March 21.

But he emphasized that his organization’s constitution does not compel member states to obey the truce. He seemed to express regret over that omission, and announced that the I.P.C. would hold a special general assembly later this year to address the issue. He said he would support measures to force member nations to uphold the truce.