Home  /  News   /  Opinion | When Biden and China’s Xi Meet, Leverage Will Be Everything 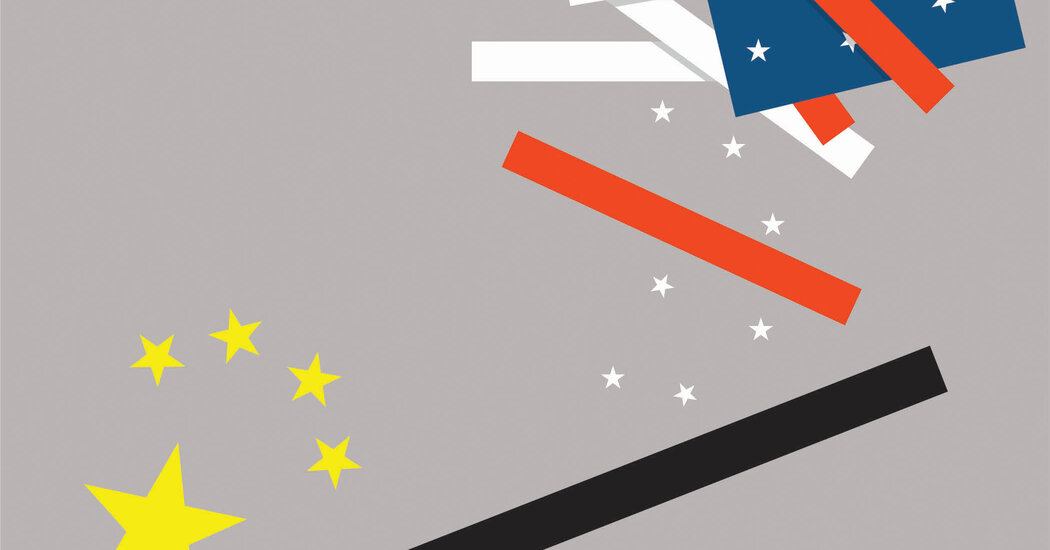 Opinion | When Biden and China’s Xi Meet, Leverage Will Be Everything


As a U.S. diplomat managing our relations with China, I often was asked, “What is our leverage over China?” Beijing was always either doing something we didn’t like — buying oil from Iran, building a port in Cambodia, locking up dissidents — or not doing something that we thought it should, like enforcing sanctions on North Korea or opening its market to U.S. agricultural products.

We were constantly considering what sticks or carrots we might deploy to change China’s behavior. There were no easy answers; frustrations over the insufficiency of our leverage and our inability to “change China” are longstanding. But China’s growing power exacerbates the problem. And in this era of great power competition, the need to accrue and use leverage to influence Chinese actions has never been greater.

President Biden himself has acknowledged that leverage when it comes to China is lacking. Soon he will meet with China’s president, Xi Jinping. So where will the requisite U.S. leverage come from?

It doesn’t help that Chinese leaders have sensed weakness on the U.S. front. Successfully combating Covid-19 and reviving the U.S. economy will help to counter those impressions and improve Mr. Biden’s hand. Still, it’s not enough to give Washington the needed edge over Beijing.

The Biden administration’s main approach to confronting China has been to recruit other countries to join it in countering Beijing on all manner of issues, from human rights to technology to Taiwan. But the difficulty in setting clear priorities ultimately could be Mr. Biden’s undoing.

If everything is a priority, then nothing is, and leverage dissipates across an ever-shifting list of urgent issues.

President Donald Trump focused on the trade deficit. While that wisdom can be debated, he got a deal to address it in less than two years. That’s because the Chinese saw that resolving this specific issue could stabilize relations.

When it comes to dealing with China, Mr. Biden should take note. Prioritize the issues where the United States can realistically make progress with China: trade and investment, climate change measures and limits on dangerous weapons.

We need new trade rules governing subsidies and technology, and rules to stop the spread and limit the use of autonomous weapons. The Biden administration should also aim to secure concrete changes in global energy, building and transport systems to curb climate change.

To gain the needed leverage, we need to give China the prospect of a beneficial outcome — which for Beijing could start with developing what they would consider a more respectful partnership. U.S. officials often talk about “increasing pressure” on China, but sanctions and tariffs have not generally produced Chinese policy movement. What has produced movement is the prospect of a more stable and constructive relationship with the United States — a likely driver behind Mr. Trump’s interim trade deal. Currently, the Chinese do not see this on the table.

Instead, the Biden administration has targeted everything from Chinese infrastructure projects in other countries to Chinese scientists in the United States — as though everything China does or makes is a potential Trojan horse sneaked inside of fortress America.

This approach doesn’t just miss the mark on the Biden administration’s signature claim to assess foreign policy priorities based on the benefits they bring to the American people. It also allows Beijing to dismiss our concerns as politicized. That risks our coming up empty on issues where negotiating leverage matters most. If the list of transgressions is limitless or there is no prospect of improvement, Beijing has no incentive to engage or alter its behavior.

Confronting China on a whole host of issues likewise makes it more difficult for others to align with our approach. Mr. Biden says he wants to work with our allies to shape Chinese behavior. But in pushing for a vague “counter China” effort, the administration failed to take into account that U.S. allies have their own priorities. Some won’t raise human rights, others won’t shun Chinese technology or join an anti-China security bloc. Some don’t want to cut trade ties or contest the origin of the new coronavirus.

To gain the advantage of joint leverage, Mr. Biden has to recognize and give due weight to the concerns of allies and get true — not half-baked — agreement on the agenda with them first. This takes time, hard work and compromise.

With targeted joint pressure and the promise of a constructive U.S. approach, China will move. But it has also recently made clear that it sees no point in engaging if the United States insists on a zero-sum relationship. And the messaging from the White House does not leave much room for optimism.

The Biden administration has said that the era of engagement with China is over — that it seeks to “prevail in strategic competition.” The administration is building coalitions to deter and contain China militarily and issues frequent public critiques of Chinese actions. So unless something changes and more compelling incentives appear, I do not expect China to alter its behavior.

Of course, it must be said that even with all the leverage in the world, there will continue to be areas of disagreement with China. Its human rights protections are abysmal, and treatment of its own citizens, especially minorities and dissidents, abusive. Likewise, issues of sovereignty — i.e. Taiwan — are national touchstones; those are likely to continue to be a source of friction in U.S.-China relations.

Mr. Biden should, of course, continue to call out China’s human rights abuses or pressure on Taiwan, but we need to recognize that our ability to get China to move on these issues is negligible.

That’s why Mr. Biden must not squander the leverage the United States can achieve. Setting clear priorities and ensuring China knows progress will lead to a constructive relationship is a necessary starting point.