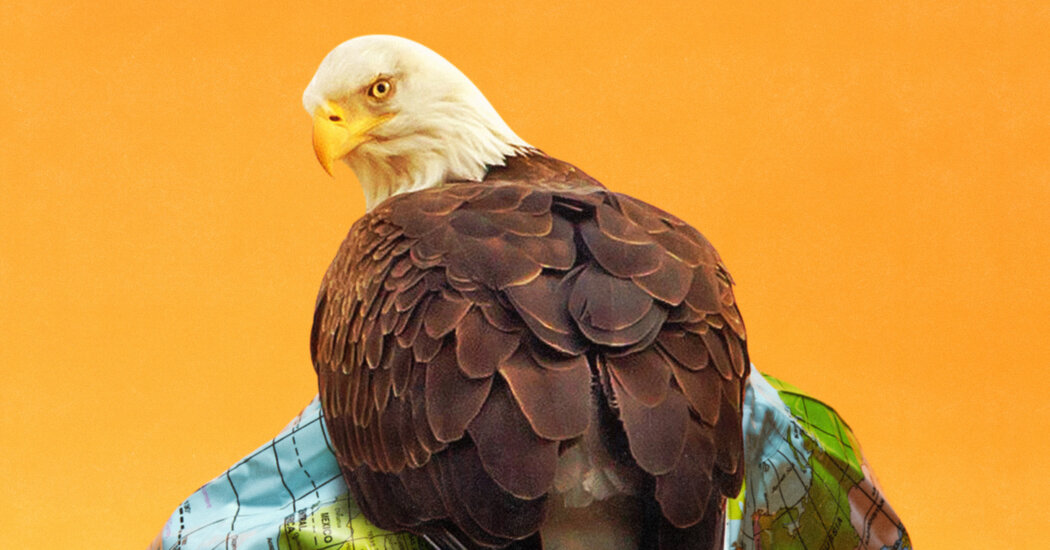 Opinion | Vladimir Putin Has Revived ‘The West.’ Is That a Good Thing?


Mr. Clinton was perhaps more correct than he knew. The transactional attitude he identified appeared to be the key to understanding Russia’s president. Mr. Putin had inherited a very particular vision of what “the West” actually was. For him, it was, according to Gleb Pavlovsky, a former close aide, synonymous with the liberal capitalist order, which he understood in terms of Soviet caricature: It meant tolerating oligarchs, privatizing state industries, paying and accepting bribes, hollowing out state capacity and having some semblance of power-sharing. Mr. Putin thought his predecessors Mikhail Gorbachev and Boris Yeltsin had failed because they failed to understand this.

Mr. Putin himself acted like a savvy applicant to “the West” in many respects. He gamely signed on to the “global war on terror,” later allowing the United States to use his bases for the war in Afghanistan, and extinguished a “terrorist” insurgency at home. Since coming to power, Mr. Putin has also made Moscow into a paragon of fiscal rectitude, and, according to the former aide, he explored the idea of installing an American-style two-party system in Russia.

But as the economy Mr. Putin presided over threatened to crash in a state-stripping bonanza, he tried to shore up the state sector and turned to increasingly authoritarian measures at home. As former Warsaw Pact countries welcomed NATO expansion, he shifted to a more civilizational understanding of Russia’s place in the world, one based on “Eastern” values: the Orthodox Church, patriarchal chauvinism, anti-homosexuality edicts, as well as a notion of a greater ethnic Russian identity whose ancient wellspring is inconveniently Kyiv, Ukraine. Protesters such as Pussy Riot and others who struck directly at this neo-civilizational image came in for swift retribution.

Mr. Putin’s turn reflected a broader phenomenon of authoritarian-led liberalizing economies trying to fill an empty ideological space that seemed poised to be filled by Western idolatry. In China, too, in the late 2000s, there was a turn to a civilizational understanding in Beijing, where dutiful readers of Mr. Huntington have spread notions of Chinese civilization in the forms of global Confucius Institutes or a program for “cultural self-confidence,” and which President Xi Jinping today expresses in his elliptical “thought.”

Turkey, too, under President Recep Tayyip Erdogan, has pushed a vision of a neo-Ottoman sphere stretching from North Africa to Central Asia, which is a direct repudiation of Ataturk’s more bounded vision of Turkish nationalism. More recently, Prime Minister Narendra Modi of India has revived ideas about Hindu supremacy, glorifying his nation’s ancient past — Hindustan is his Kyivan Rus — and using it as a bludgeon against his opponents. The turn to civilizational imagining provides a useful lever for ruling elites who want to suppress other forms of solidarity, whether class, regional or ecologically based, and to restrict the attractions of cosmopolitanism for their economic elites.

For all the talk about how Ukraine is — despite whatever losses on the battlefield — winning the P.R. war, there is a sense in which Mr. Putin has already won at another level of framing the conflict. The more we hear about the resolve of “the West,” the more the values of a liberal international order appear like the provincial set of principles of a particular people, in a particular place.

Of the 10 most-populous countries in the world, only one — the United States — supports major economic sanctions against Russia. Indonesia, Nigeria, India and Brazil have all condemned the Russian invasion, but they do not seem prepared to follow “the West” in its preferred countermeasures. Nor do non-Western states appear to welcome the kind of economic disruptions that will result from, as Senator Rob Portman phrased it, “putting a noose on the Putin economy.” North Africa and the Middle East rely on Russia for basics from fertilizer to wheat; Central Asian populations rely on its remittances. Major disruptions to these economic networks seem unlikely to relieve Ukrainian suffering.