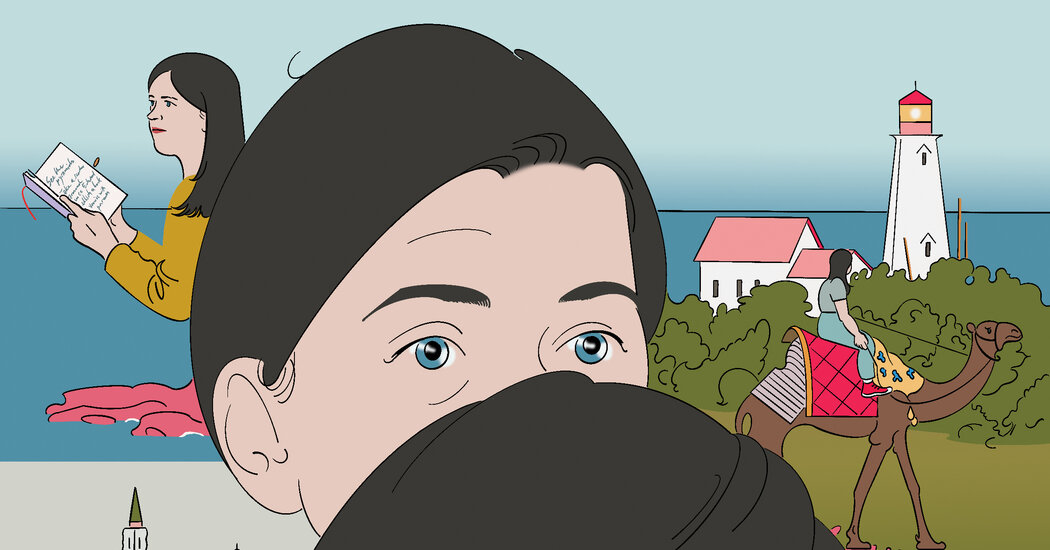 
We would need to become winners, he said, like a ragtag group of young men he once knew who, in 1990, won the Canadian Football League’s highest honors as the Grey Cup-winning team. Go Blue Bombers! We cheered. We learned about running our own plays in the Game of Life. Then we were instructed to write down specific goals to achieve before our clocks ran out.

“Ah, there it is.” I point to the page, holding it up for Toban to see. “Number three. Perform a cello solo.” In high school, that was the biggest dream I could imagine. I wanted to win an orchestra competition in which the prize was to play with the Winnipeg Symphony Orchestra. Eventually I lost badly and had to watch from the audience as the winner, in an impossibly fluffy ball gown, sawed through Tchaikovsky in a flurry of bow strokes and crinoline.

“But number five. See the pyramids.” I sigh. I have been preparing to see the pyramids since elementary school when my sister and I learned Egyptian hieroglyphs and sent each other secret notes that read “jackal, scarab, bread, bread, bread” because we had misunderstood that the images should be read phonetically and had used them mostly to ask my mom for snacks. I wrote school essays about my future career in Egyptology for years afterward, that is, until I discovered that the great pyramids had already been plundered.

I return to the list, paging through, and checking off a few as I go. We did, in fact, buy a hot tub. I planted that herb garden. And last spring we fulfilled my parents’ dream of traveling together to Venice, learning to accept the merits of squid ink pasta and becoming emotionally invested in the rise and fall of its coastal empire. I strolled beside canals picturing return visits while my parents cheerily said their hellos and goodbyes to each monument and cobbled square.

“When I wrote this list, I wasn’t trying to imagine wrapping up my life. I suppose, I was just … dreaming,” I say to Toban, trailing off.

“Oh, honey.” He wraps his arms around me, careful with the wires and tubes. There is so much more silence between us now, as we walk closer to the edge, but I can hear my heart thrumming in my ears as I imagine crawling out of my own throat, out of this body, away, away, away.

It had not occurred to me, until now, that life’s wide road narrows to a dot on the horizon. I enjoyed the somedays I learned to conjure as a spectacularly unpopular child with a useful imagination. For several summers, I dreamed up a life on a farm on Prince Edward Island to attend a country school with Anne of Green Gables and her kindred spirits. I slept with clothespins pinching the tops of my ears for only a week before my mother persuaded me that I would never achieve Anne’s elfin features. “Bowler ears are a life sentence, I’m afraid,” my mother said, so I grew out my hair.