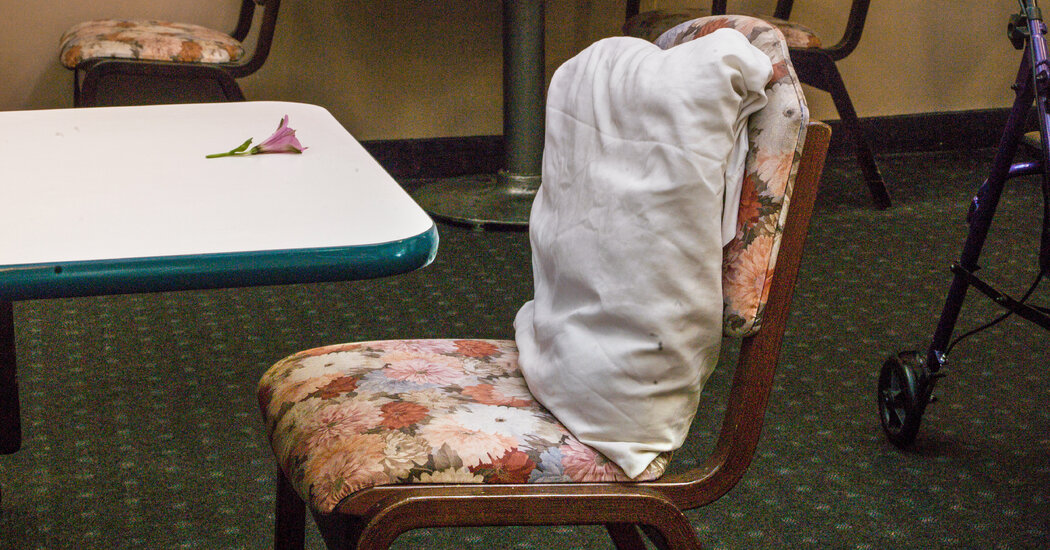 Opinion | Nobody Wants to Live in a Nursing Home. Something’s Got to Give.


Under pressure, the industry has been experiencing a wave of closures and consolidations. Smaller nonprofit nursing homes are being closed or swallowed by for-profit entities, even as smaller for-profits are absorbed by large corporations. Private-equity firms have also become a major industry player. On the whole, nonprofit facilities provide a higher quality of care, and private-equity has a particularly troubling reputation.

Covid 19 turned nursing homes’ chronic operating problems into emergencies. From January 2020 to January 2021, nursing home occupancy fell nationwide more than 16 percent. In a survey released in June, 54 percent of nursing homes said they were operating at a loss and only a quarter of nursing homes and assisted living facilities expressed confidence they could survive another year.

With the industry in crisis, experts and advocates believe the time is ripe for an overhaul. Among the more interesting reform possibilities being discussed is a shift toward smaller, more self-contained, unconventional facilities that reflect the evolving attitude toward aging.

Unconventional nursing homes have been generating buzz for a couple of decades. Among the best-known are those associated with the Green House Project, a nonprofit group that opened its first one in 2003 in Tupelo, Miss. Green House properties strive to provide residents with a homier atmosphere and a greater sense of agency than traditional facilities. Homes serve 10 to 12 residents, whose schedules are, to varying degrees, less regimented. The buildings resemble ranch-style houses. Residents have private rooms and bathrooms organized around a communal area for cooking, eating and socializing.

Green House follows a practice of “consistent assignment,” in which aides stick with the same residents, helping them with a range of activities including cooking, laundry and personal care. Advocates say this helps residents and aides build closer relationships — and limits the vectors for disease transmission. Aides receive specialized training and are typically paid above industry average.

Green House facilities have been adapted to accommodate specific populations, such as veterans, dementia patients and people suffering from multiple sclerosis. Multiple cottages are typically clustered together in residential areas. Some are placed on the campuses of larger senior communities or even public housing. Where space is tight, communities can be set up on the individual floors of a high-rise building.

Research indicates clinical advantages to this care model, finding Green House residents less likely than residents in traditional facilities to require hospitalization, to wind up bedridden, to develop pressure ulcers or to need catheters. (Fewer hospitalizations have translated into lower Medicare costs.) Other studies show lower turnover among the staff and higher levels of satisfaction among aides, residents and residents’ families.