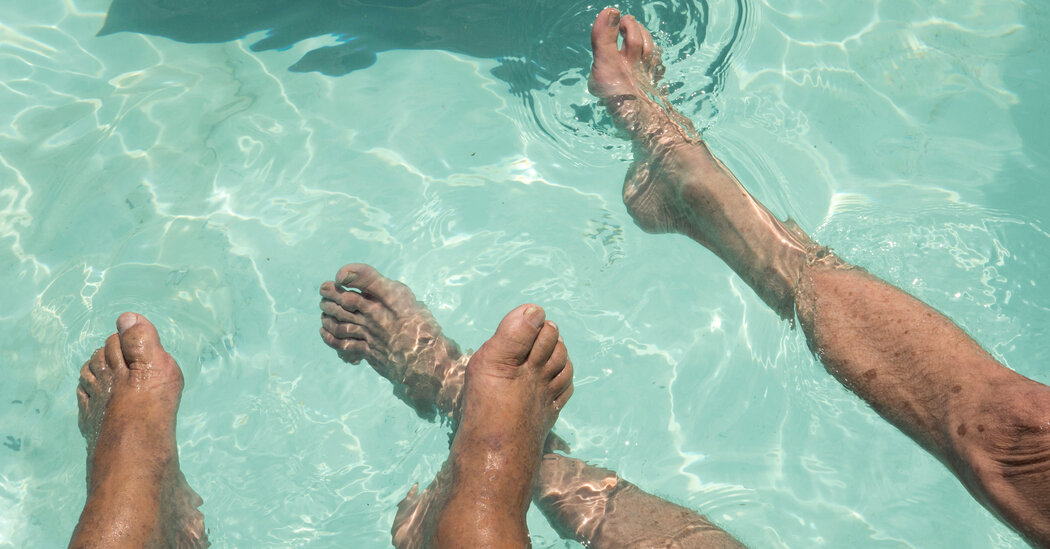 Opinion | Falling In and Out of Love With Exercise


Single, alone, bored, depressed, I began hanging out at a neighborhood pub, drinking more than I should and, on weekends, smoking more weed than I could justify. I still got some exercise, in a desultory way — but I’d lost my passion for it. The gym or the pool or a yoga class seemed like increasingly far-off destinations. Then, early in 2018, I was diagnosed with high blood pressure. This wasn’t unexpected; three of my five sisters had it, as did my mother, and my numbers had always run a bit high. My doctor prescribed medication but also told me this: “You need to step up your cardio.”

Opinion Conversation
What will work and life look like after the pandemic?

At age 57, exercise changed from something I freely wanted to do — to look good, to feel good — to something I really should do to stay healthy. No excuses.

It took time, but exercise and I reunited, one might say, albeit in a different way. Since Oliver’s death, I had changed. I felt like a different person, and exercise had changed for me, too. My relationship with it lacked the obsessiveness of youth, feeling more like a civilized arrangement between former lovers now well into middle age. I resumed working out and swimming regularly, and my blood pressure returned to normal, my weight dropped, and by my 59th birthday, in January 2020, I felt better, physically and mentally, than I had in a long time.

Then the pandemic hit. I had no choice but to adapt when my gym closed.

I was OK with just doing my own thing at home for a while. But as it became clear that gyms were not going to reopen anytime soon, I found that I missed the pump you get from lifting weights, from supersets and reps to exhaustion and even the ache from sore muscles the next day. I missed swimming. And perhaps more than anything, I missed the sense of community I’d always found in gyms.

I waited until pools were allowed to reopen, six months after the lockdown, before I reactivated my gym membership. And then I went on the very first day. I saw only two other men in the locker room, matched in number by masked janitors busily disinfecting surfaces. The sauna and spacious steam room were closed indefinitely, perhaps forever, bringing to mind the crumbling, ancient baths, or thermae, found in Rome — ruins from another time, another culture. It was all so depressing. But I told myself not to dwell. I quickly changed into a swimsuit and headed to the pool. My swim reservation — 30 minutes, maximum — was for 2:10 p.m. I felt like I was going to a doctor’s appointment.

The lifeguard confirmed my reservation and explained the rules: Wear your mask at all times, except for right before you get into the pool. He handed me a plastic sandwich bag for storing it poolside. Unlike in the past, swimmers would have a lane to themselves — no lane sharing or circle swimming allowed. Lane 1 was empty, he told me, and I could go ahead and swim.