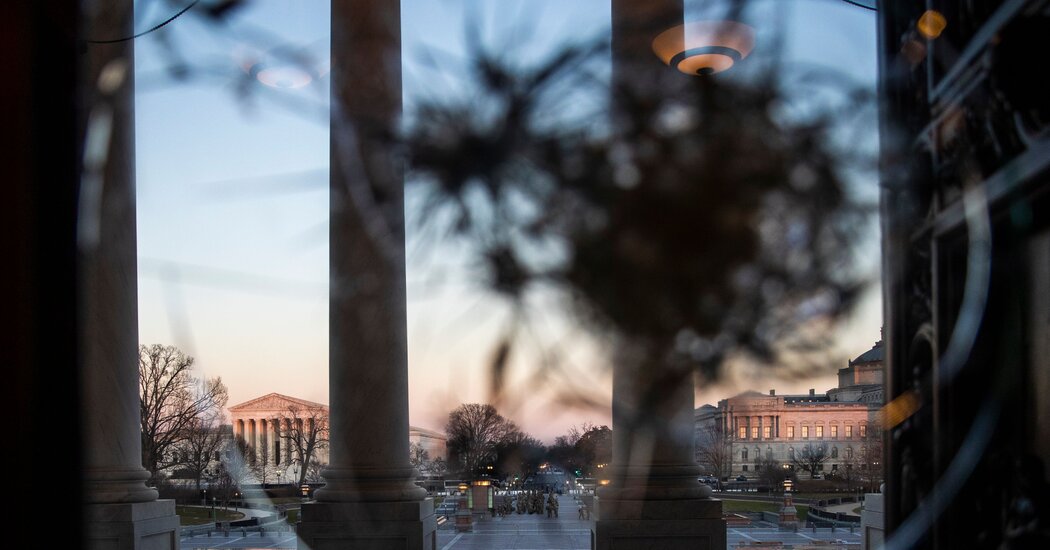 
Likewise, Representative Cori Bush of Missouri said on Twitter that the House must “investigate and expel members of Congress who helped incite the deadly insurrection on our Capitol.”

Bush had actually introduced a House resolution for this purpose just days after the attack. “There is no place in the people’s House for these heinous actions,” she said at the time, referring to “members who attempted to disenfranchise voters and incited this violence.”

“I firmly believe,” she went on, “that these members are in breach of their sworn Oath of Office to support and defend the Constitution of the United States. They must be held accountable.”

They weren’t. There was simply no appetite, among House leadership, for such drastic and decisive action. There still isn’t. But it was a serious demand, and we should take it seriously.

Bush’s resolution rests on Section 3 of the 14th Amendment to the Constitution, which cleared Congress in 1866 and was ratified in 1868:

No person shall be a Senator or Representative in Congress, or elector of President and Vice President, or hold any office, civil or military, under the United States, or under any state, who, having previously taken an oath, as a member of Congress, or as an officer of the United States, or as a member of any state legislature, or as an executive or judicial officer of any state, to support the Constitution of the United States, shall have engaged in insurrection or rebellion against the same, or given aid or comfort to the enemies thereof. But Congress may by a vote of two-thirds of each House, remove such disability.

In plain English, Congress has the power and authority to expel from office any constitutional officer who engages in sedition and takes up arms against the Constitution of the United States.

The original context for this, obviously, was the Civil War and its immediate aftermath. By the summer of 1865, President Andrew Johnson, a conservative unionist from Tennessee, had taken charge of Reconstruction with a plan to restore the Southern states as equals, their political and constitutional status essentially unchanged from what it was before the war.

Under Johnson’s arrangement, the former Confederate states could operate under their antebellum constitutions, the end of slavery notwithstanding. All-white electorates could elect all-white legislatures and send all-white delegations to Washington. Some of these men were, like Johnson, conservative unionists. Many more were former rebel leaders. Alexander Stephens — of the infamous Cornerstone Speech — was elected to represent Georgia in the Senate in 1866 after he was arrested and imprisoned as the former vice president of the Confederacy in 1865.