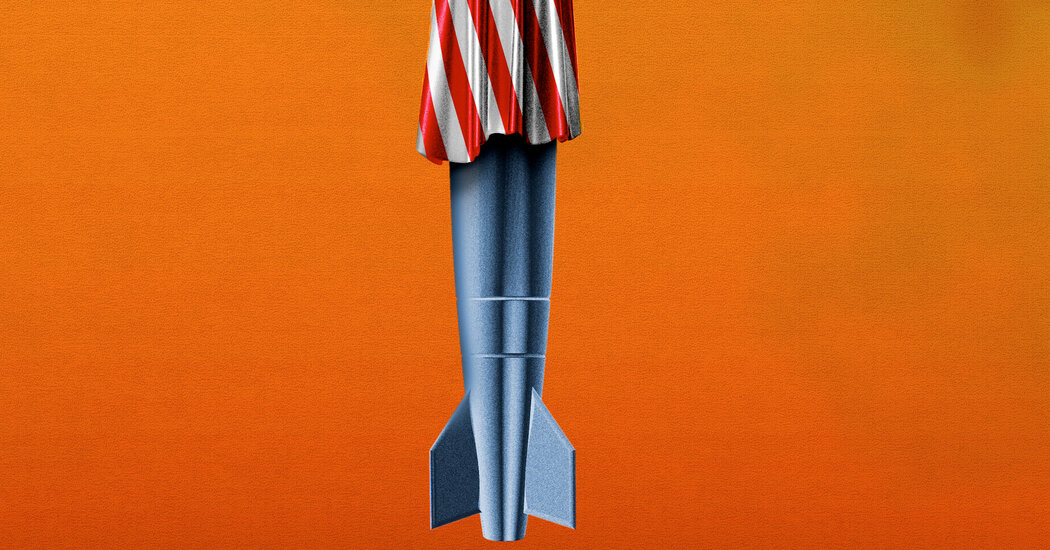 
American politicians often warn that if Iran obtains a nuclear weapon, it will spark a nuclear stampede across the Middle East. Allowing Tehran to get the bomb, Senator Robert Menendez, the current chairman of the Senate Foreign Relations Committee, predicted in March 2020, could “set off a dangerous arms race in the region.” In an interview in December, President-elect Joe Biden cautioned that if Iran went nuclear, Saudi Arabia, Turkey and Egypt might too, “and the last goddamn thing we need in that part of the world is a buildup of nuclear capability.”

Such statements are so familiar that it’s easy to overlook their artifice. In warning that Iran could turn the Middle East nuclear, American politicians imply that the region is nuclear-free now. But it’s not. Israel already has nuclear weapons. You’d just never know it from America’s leaders, who have spent the last half-century feigning ignorance. This deceit undercuts America’s supposed commitment to nuclear nonproliferation, and it distorts the American debate over Iran. It’s time for the Biden administration to tell the truth.

American officials began hiding the truth about Israeli nuclear weapons after Israeli leaders hid the truth from them. In the early 1960s, writes Avner Cohen in his book “The Worst Kept Secret,” Prime Minister David Ben-Gurion repeatedly told President John F. Kennedy that the reactor Israel was building in the desert town of Dimona “was for peaceful purposes only.” When the United States sent inspectors to the site, the Israelis concocted an elaborate ruse, which included building fake walls to conceal the elevators that led to an underground reprocessing plant. By decade’s end, the die was cast. The C.I.A. concluded that Israel already possessed nuclear warheads.

So Richard Nixon and Prime Minister Golda Meir hatched a deal. Neither Israel nor the United States would acknowledge that Israel had nuclear weapons, and Washington would not pressure Israel to submit them to international oversight. For 50 years now, American presidents have abided by the bargain. Scholars believe that when Israel tested a nuclear weapon in the Indian Ocean in 1979, the Carter administration covered it up. In 2009, when a journalist asked Barack Obama if he knew of “any country in the Middle East that has nuclear weapons,” Mr. Obama responded, “I don’t want to speculate.”

Feigning ignorance about Israeli nuclear weapons makes a mockery of America’s efforts at nonproliferation. Mr. Obama vowed to pursue a nuclear-free world. Yet to prevent public discussion of Israel’s arsenal, his administration helped squelch a United Nations conference on a nuclear-free zone in the Middle East. The Biden administration continues to impose punishing sanctions on Iran in an attempt to force its government to accept inspections more stringent than those required by the Nuclear Nonproliferation Treaty. Meanwhile, Israel, which has never signed the N.P.T., permits no inspections at all.

This hypocrisy leads many around the world to smirk when American diplomats claim to be defending the “rules-based order.” It also empowers those Iranians who claim Tehran has the right to match its regional rival.

Finally, the American government’s deceptive silence prevents a more honest debate at home about the dangers an Iranian nuclear weapon would pose. American politicians sometimes say an Iranian bomb would pose an “existential” threat to Israel. That’s a dubious claim, given that Israel possesses a nuclear deterrent it can deploy on air, land and sea. But many Americans find the claim plausible because, according to recent polling conducted by Shibley Telhami of the University of Maryland, barely 50 percent know Israel has nuclear weapons. A higher percentage thinks Tehran has the bomb.

Even if an Iranian bomb wouldn’t existentially threaten Israel, the United States should still work to forestall one diplomatically. With negotiations with Tehran at risk of collapse, the Biden administration should commit to lifting the sanctions that are crippling Iran’s economy in return for verifiable limits on Iran’s nuclear capacity. But if those efforts fail — and the Biden administration faces pressure to wage war rather than allow Iran to gain the capacity to build a nuclear weapon — it’s crucial that Americans make an informed decision about the risk a nuclear Iran poses to America’s closest ally in the Middle East. That’s harder when the American government never publicly admits that Israel has the means to deter a nuclear attack.

The Biden administration is not going to force Israel to give up its nuclear weapons. But that doesn’t mean it must undermine America’s global credibility and deceive its people by denying reality. Perhaps a more honest American discussion of Israel’s nuclear arsenal will breathe new life into the distant dream of a nuclear-free Middle East. Even if that doesn’t happen, it will be bracing, after a half-century of lying by omission, simply to hear America’s leaders tell the truth.