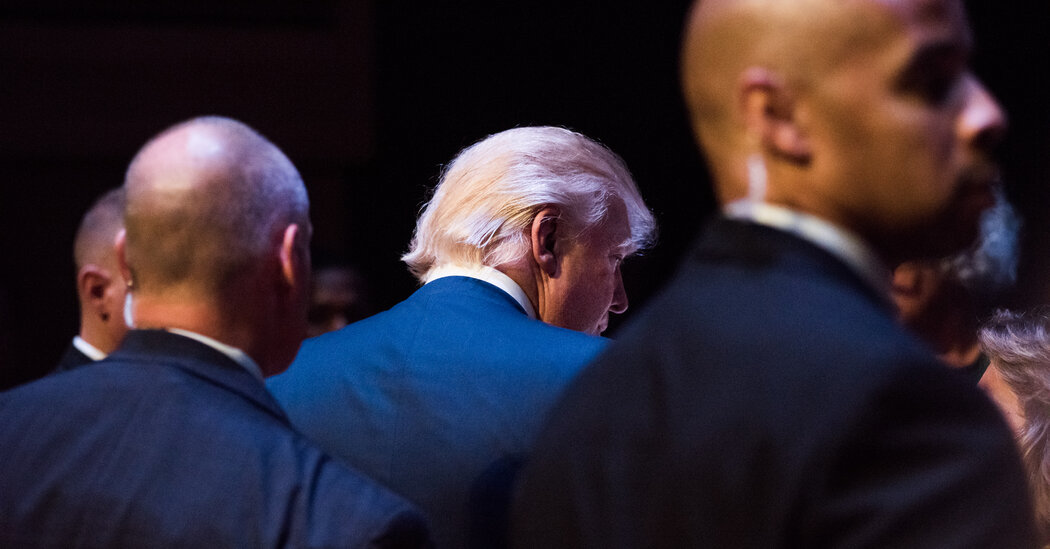 
In the early months of the Trump administration, prosecutors say another alleged Emirati agent named Rashid Sultan Rashid Al Malik Alshahhi — also indicted on Tuesday — texted Barrack: “Our ppl wants u to help. They were hoping you can officially run the agendas.” According to the indictment, Barrack replied, “I will!” Later, Barrack reportedly called Alshahhi “the secret weapon to get Abu Dhabi’s plan initiated” by Trump.

At the time, several Arab countries, including the Emirates, were blockading Qatar. Even as the Pentagon and the State Department attempted to remain neutral in the crisis, Trump sent tweets that appeared to support the blockade and even take credit for it.

Throughout his presidency, Trump could scarcely have been a more accommodating ally to the Emirates and to Saudi Arabia, whose crown prince, Mohammed bin Salman, was a protégé of Prince Mohammed bin Zayed. Trump’s first foreign trip was to Saudi Arabia. He tore up the Iran deal, hated by Gulf Arab leaders. Of Trump’s 10 presidential vetoes, five dealt with issues of concern to the Emirates and Saudi Arabia. More significantly, he overrode Congress’s attempt to end American military involvement in Yemen, where Saudi Arabia and the Emirates were fighting on one side of a brutal civil war. According to Bob Woodward’s book “Rage,” Trump boasted that he “saved” the Saudi crown prince after the murder of Saudi dissident Jamal Khashoggi elicited widespread outrage.

There is no reason to attribute all of Trump’s solicitude to Barrack. Trump likes and admires gaudy dictators and has his own financial interests in the Emirates. Barrack introduced Jared Kushner to some of his Gulf associates, but Kushner had his own reasons for pursuing alliances with them, particularly his push to get more Muslim countries to normalize relations with Israel. Still, if a member of Trump’s inner circle turns out to have been an Emirati agent, that’s a big deal. It’s a reminder of all we still don’t know about what went into the foreign policy of the most corrupt presidency in American history.

In June 2018, The Times reported that Barrack’s company “has raised more than $7 billion in investments since Mr. Trump won the nomination,” about a quarter from either the Emirates or Saudi Arabia. Barrack stepped down from his executive role at that company in March, but just last week he told Bloomberg Television that Emiratis would be among his investors in a new venture involving “mega resorts” and “the hospitality industry as it relates to wellness, as it relates to health.” Americans deserve to know if Barrack essentially sold his investors influence over the foreign policy of the United States. The market for Trump scandal may be glutted, but when it comes to the role of foreign money in the last administration, there’s no shortage of mysteries.