Home  /  News   /  Musicals Return to Broadway With ‘Waitress’ and ‘Hadestown’ 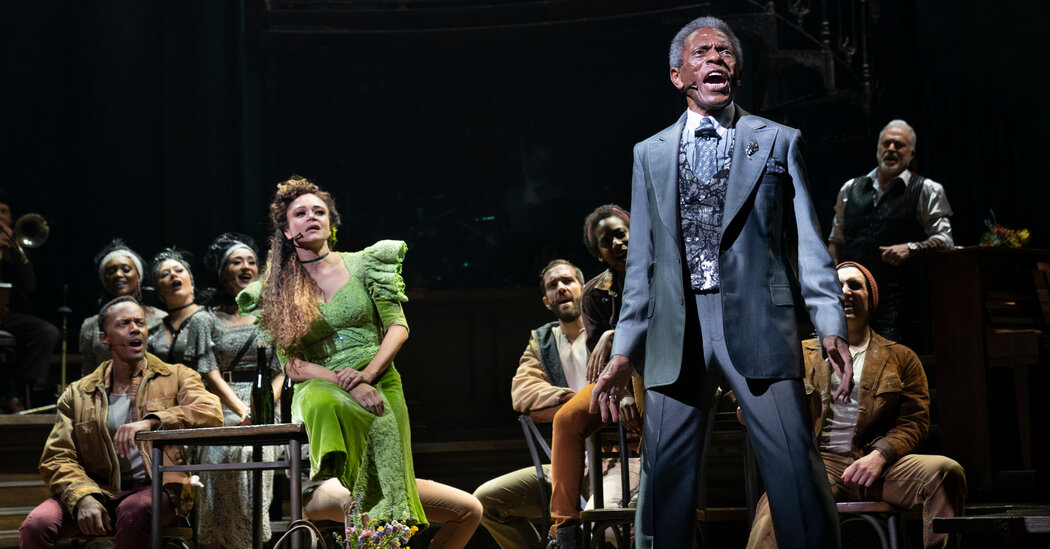 Musicals Return to Broadway With ‘Waitress’ and ‘Hadestown’


“Without Broadway,” he said, “New York would never come back economically.”

The longest shutdown in Broadway history started to end in late June, when Bruce Springsteen began a return engagement of his concert show, “Springsteen on Broadway,” which sold strongly and is scheduled to conclude on Saturday; the first play, Antoinette Chinonye Nwandu’s “Pass Over,” began performances in August, opening to strong reviews, but is struggling at the box office.

The shows are starting at a fraught time, with the Delta variant extending the pandemic’s perils. All Broadway shows are requiring that ticket holders show proof of vaccination to enter (children who are too young to be vaccinated can provide proof of a negative coronavirus test) and wear masks throughout the performances.

The unexpected return of “Waitress,” which had concluded a nearly four-year Broadway run in January of 2020, and the resumption of “Hadestown,” which opened in 2019 and was grossing more than $1 million a week when the pandemic intruded, provide an early test for more complex productions on Broadway, with large (ish) casts, moving sets and long enough running times to require intermissions at which crowds tend to form while waiting for bathrooms and concessions.

The resumption of musicals also means the return to work of musicians, many of whom have been out of work for 18 months.

“This has been extraordinarily tough, from an economic standpoint, from an artistic standpoint, from a personal standpoint and from a professional standpoint,” said Adam Krauthamer, the president of American Federation of Musicians Local 802, which represents Broadway musicians. “There’s going to be some growing pains, and we have to do things in a different way, but we can get back to what we’re meant to do — live performance, on Broadway — and it couldn’t be more exciting.”

The first two shows have small bands — “Waitress,” with a pop score written by Bareilles, has six musicians, five of whom are seated onstage throughout the show, while “Hadestown,” with a folk/jazz score written by Anaïs Mitchell, has seven, all of whom are onstage. At “Hadestown,” the band (except for the trombonist, who is the only wind player) wore masks (in colors chosen by that show’s costumers); at “Waitress,” they did not, opting to conform to the practice of onstage actors.

For the “Waitress” band, which had said goodbye to the show two months before the shutdown, the return is an unexpected treat. “We could never have imagined doing it again, and we’re so happy to be back,” said the show’s musical supervisor and pianist, Nadia DiGiallonardo. “It’s surreal.”