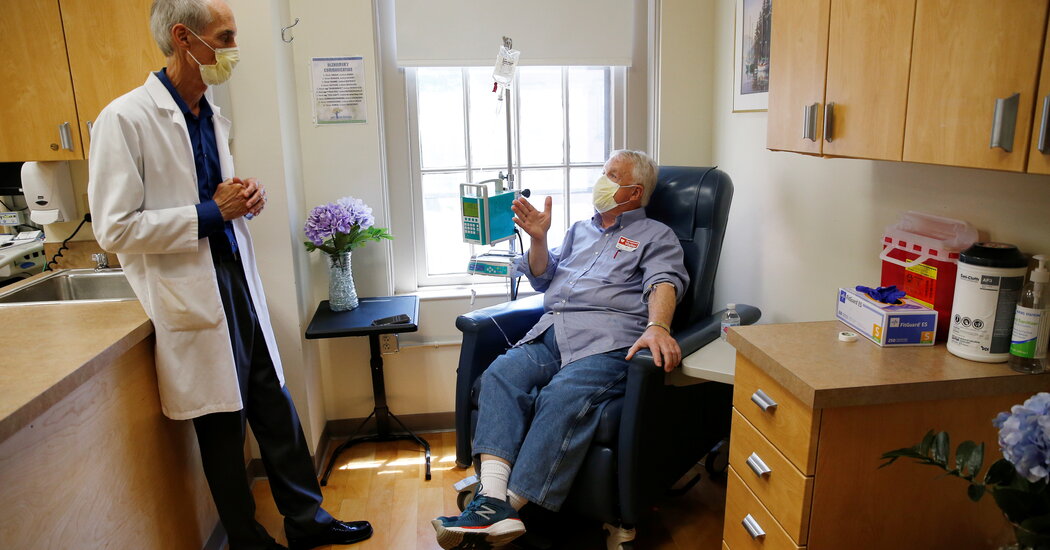 In a Reversal, F.D.A. Calls for Limits on Who Gets Alzheimer’s Drug


When the F.D.A. approved Aduhelm a month ago, its original label had said that the drug is “for the treatment of Alzheimer’s disease.” The surprisingly broad label caused a storm of concern among many Alzheimer’s experts, even those who had supported the drug’s approval.

At a forum last month sponsored by the Alzheimer’s Association, which had pushed for approval of Aduhelm, a panel of Alzheimer’s clinicians with varying views of whether the drug should have been approved were nonetheless united in saying that its use should be sharply limited.

Many experts say that the drug’s label should not only narrow the use of Aduhelm to mild stages of the disease, but should also require two other strict conditions of the clinical trials: that eligible patients have evidence of high levels of a key protein, amyloid, in their brains, and that people with certain medical conditions (called “contraindications”) should be prevented from taking the drug, or at least designated as a high-risk group, because it can cause brain swelling and brain bleeding.

At the forum, Dr. Stephen Salloway, director of the Memory and Aging Program at Butler Hospital in Providence, R.I., who helped conduct the Aduhelm trials and is one of the drug’s most passionate medical champions, said that when he saw that the label included no contraindications, his reaction was “oy.”

On Thursday, Dr. Lon Schneider, director of the California Alzheimer’s Disease Center at the University of Southern California, who also worked on one of the Aduhelm trials and has opposed approval of the drug, said the new labeling fell short.

Among other things, the label should have stated, he said, that people with diabetes, high blood pressure and those taking blood thinners were not allowed to participate in the clinical trials and that, as a result, “we don’t know any extent of increased risk” for those patients.