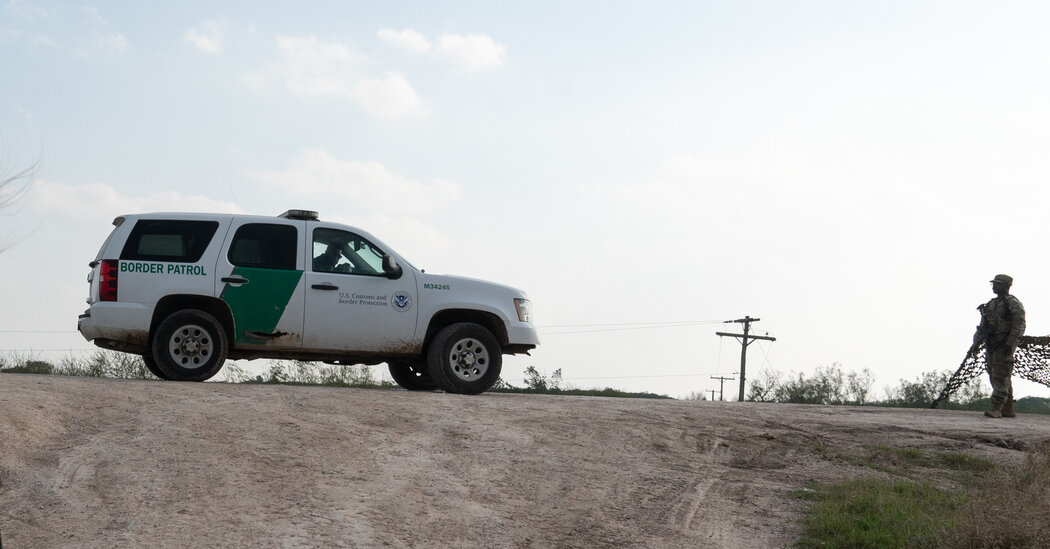 
WASHINGTON — The Department of Homeland Security’s inspector general and his top aides directed staff members to remove damaging findings from investigative reports on domestic violence and sexual misconduct by officers in the department’s law enforcement agencies, according to documents obtained by The New York Times and two government officials familiar with the inquiries.

One investigation found that more than 10,000 employees of Customs and Border Protection, Immigration and Customs Enforcement, the Secret Service and the Transportation Security Administration had experienced sexual harassment or sexual misconduct at work — more than one-third of those surveyed, according to an unpublished draft report dated December 2020.

The draft report also described a pattern of the agencies using cash payments, with payouts as high as $255,000, to settle sexual harassment complaints without investigating or disciplining the perpetrators. But senior officials in the inspector general’s office objected to that finding, suggesting in written comments that it be removed from the report, which has never been published.

The inspector general, Joseph V. Cuffari, also directed his staff to remove parts of another draft report showing internal investigations had found that dozens of officers working at the agencies had committed domestic violence, but that they had received “little to no discipline.” Mr. Cuffari also wanted a section removed that said the agencies had “put victims and the public at risk of further violence” by allowing the perpetrators to keep their firearms; including such findings, he wrote in an internal memo, would make his office look like it was “second-guessing D.H.S. disciplinary decisions without full facts.”

The internal documents were first obtained by the Project on Government Oversight, an independent watchdog group in Washington. The organization brought the information to The Times, which confirmed its authenticity with two government officials familiar with the investigations. The draft report on sexual misconduct notes that fieldwork for the inquiry ended in October 2019, but the agency has not published the findings.

The Office of Inspector General did not address specific questions about the inquiries, but defended the agency’s work in a statement.

Asked about the omitted findings, a Department of Homeland Security spokesman said that the inspector general was independent from the department, and that Alejandro N. Mayorkas, the homeland security secretary, had made clear “that sexual harassment and sexual assault will not be tolerated.”

The spokesman added that the department “does not have any involvement with internal O.I.G. deliberations or decisions,” referring to the Office of Inspector General.

Mr. Cuffari, a Trump appointee who has served as inspector general since July 2019, has previously blocked investigations, against his staff’s recommendations. He blocked inquiries iinto the Secret Service’s role in the violent dispersal of protests against police brutality outside the White House in 2020, and on the spread of Covid-19 at that agency. He also delayed an inquiry into whether senior agency officials demoted an employee who criticized the Trump administration.

Inspectors general are independent, internal watchdogs for federal departments and agencies, though they can be removed by the president. Donald J. Trump fired or demoted a number of inspectors general in his last year in office, a violation of norms that undercut the traditional independence of the office. The Biden administration had also considered removing several controversial inspectors general appointed by Mr. Trump, but ultimately demurred — wary of further eroding the norms of government it had vowed to restore.

The investigations into sexual misconduct and domestic violence took place as law enforcement agencies within the department — particularly the Border Patrol, which is part of Customs and Border Protection — struggled to recruit women and advance them into leadership positions. They followed high-profile incidents of sexual misconduct over the past decade.

Ed Gonzalez, President Biden’s nominee to head ICE, is facing uncertain prospects for confirmation after a police affidavit from last year surfaced, accusing him of domestic violence against his wife. Both Mr. Gonzalez and his wife have denied the allegations.

The sexual misconduct inquiry, which started before Mr. Cuffari took over as inspector general, included a 2018 survey of employees at the department’s police agencies. Out of roughly 28,000 respondents, more than 10,000 said they had experienced sexual harassment or sexual misconduct in their workplace.

Of those who had experienced sexual harassment or misconduct, 78 percent said they did not report the incident.

The draft report cited more than 1,800 employee allegations of sexual harassment and sexual misconduct perpetrated by other federal employees from October 2011 to February 2018 across the department’s police agencies, including instances of “surreptitious videotaping in bathrooms, unwelcome sexual advances and inappropriate sexual comments.”

Referring to those allegations, the draft also said agencies within the department “did not consistently charge and discipline employees with offenses related to sexual harassment and sexual misconduct.”

The agencies paid 21 employees nearly $1 million in settlements from sexual harassment-related complaints over six years. Inspectors found “in most instances” no record of an investigation or disciplinary action in those cases, according to the draft report on sexual misconduct.

Kristen Fredricks, the inspector general’s chief of staff, objected to including that finding in the final report.

“Faulty premise,” Ms. Fredricks wrote in comments about the draft document. “Why/how are you correlating settlements with investigations and disciplinary action???”

Customs and Border Protection paid $255,000 in 2016 to settle a sexual harassment complaint, according to the draft report, after an employee alleged that her supervisor made inappropriate sexual remarks, solicited sex from her and then withheld job and training opportunities when she refused his advances. But the agency’s records showed no evidence of a misconduct investigation or disciplinary action, the draft said.

A federal law known as the Lautenberg Amendment bars domestic abusers from carrying a firearm if they are convicted. The draft report notes that officers convicted of a domestic violence offense must be removed from their positions since they can no longer carry a firearm, a condition of their employment.

In one case outlined in the draft, a Customs and Border Protection officer was arrested and charged with assault after he punched his wife in the face, but entered into a plea deal to avoid a criminal conviction that could bar him from carrying a gun. The agency initially proposed firing the officer, but instead suspended him for five days and ultimately allowed him to keep his firearm.

The officer went on to assault another woman less than two years later, according to the draft report. He was suspended for 15 days and then reinstated. He was again allowed to keep his gun.

“Leaving employees who have engaged in domestic violence in law enforcement positions with authority to possess firearms perpetuates the risk the Lautenberg Amendment seeks to address,” the draft report said, adding that “agencies put victims and the public at risk of further violence by keeping weapons in these individuals’ hands.”

Mr. Cuffari, the inspector general, directed staff members in an internal memo to remove those findings, writing that the office risked “appearing biased.”

The final version of the domestic violence report, published in November 2020, retroactively narrowed the scope of the inquiry and made no reference to the cases of officers who were found by their agency to have committed domestic violence.

Senior aides in the inspector general’s office later made similar objections to material in the draft report on sexual misconduct. Tom Kait, a deputy inspector general, directed staff members to remove a section of the draft detailing how agencies in the department often charged employees accused of sexual harassment or sexual misconduct with generic offenses — “conduct unbecoming,” for example — rather than offenses related to sexual activity.

“I think these should come out,” Mr. Kait said in revision comments, “as we are questioning the disciplinary outcome in these cases.”

Ellen McSweeney, a senior adviser in the inspector general’s office, also directed staff members to cut references to previous high-profile incidents and reports of sexual misconduct at agencies in the department. She also asked that a section detailing how sexual misconduct can lead to “low morale” and “reputational damage” at an agency be cut.

“Inflammatory — why do we need this here,” Ms. McSweeney wrote about a section of the draft that referred to a case where Customs and Border Protection officers were accused of holding down and assaulting colleagues on a “rape table” at Newark Liberty International Airport.

The inspector general’s office had opened an investigation into the incidents, and three officers were arrested. One of the officers, Tito Catota, pleaded guilty to “forcibly assaulting, impeding, intimidating and interfering with the victims” in 2018. The other two officers, Parmenio Perez and Michael Papagni, were acquitted in 2019.