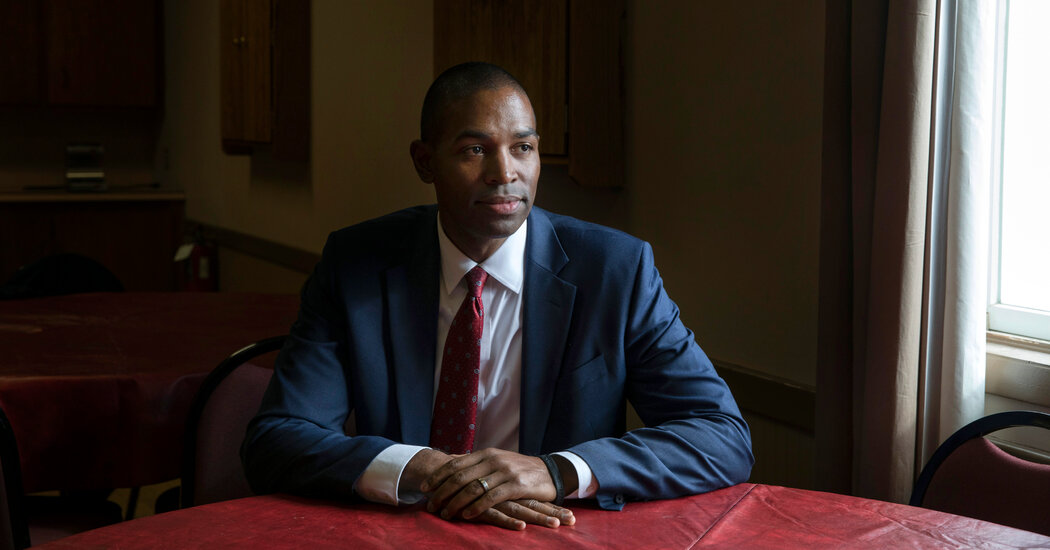 
Gov. Kathy Hochul announced on Tuesday she had chosen Representative Antonio Delgado, a Democrat from the Hudson Valley, as her new lieutenant governor, the second-highest ranking position in New York State.

Mr. Delgado is expected to serve as Ms. Hochul’s running mate as she campaigns for a full term this year. He will replace former Lt. Gov. Brian Benjamin, who was indicted on federal bribery charges last month, leading to his abrupt resignation.

A group of New York Democrats empowered with formally replacing Mr. Benjamin endorsed the choice of Mr. Delgado as Ms. Hochul’s running mate Tuesday morning, ensuring that he will be on the ballot in June’s party primary, according to three people familiar with the process. Jay Jacobs, the Democratic Party chairman, was expected to fly required paperwork approving the choice to Albany later on Tuesday.

Mr. Delgado, 45, who has represented New York’s 19th Congressional District since 2019, has proved he can win hotly contested elections and will help Ms. Hochul diversify her ticket. He identifies as African American and Latino, with family roots in the West African island nation of Cape Verde.

Like Ms. Hochul, he hails from outside New York City, where much of the Democratic primary electorate resides, and has campaigned as a political moderate.

“Having won competitive primary and general elections for Congress, Representative Antonio Delgado is a battle-tested campaigner who has the experience to serve New Yorkers and the work ethic to get our party’s message out to voters, unite communities, and lift up Democratic candidates statewide,” Ms. Hochul said in a statement.

The announcement came one day after state lawmakers passed legislation on Monday at Ms. Hochul’s behest to allow Mr. Benjamin’s name to be removed from the state Democratic primary ballot and replaced with another candidate ahead of the primary for governor, scheduled for June 28.

Mr. Delgado will have to give up his congressional seat to serve out the remainder of Mr. Benjamin’s term as lieutenant governor, a largely ceremonial role entrusted with few statutory duties. The lieutenant governor also serves as governor when the governor dies, resigns, is impeached, or is absent or disabled.

Mr. Delgado was likely to face a difficult re-election fight this fall. Democrats had tried to add friendly voters to his district when they approved a new congressional map earlier this year, but the state’s highest court struck down the newly drawn district lines last week. Court-drawn lines are likely to make the seat far more competitive.