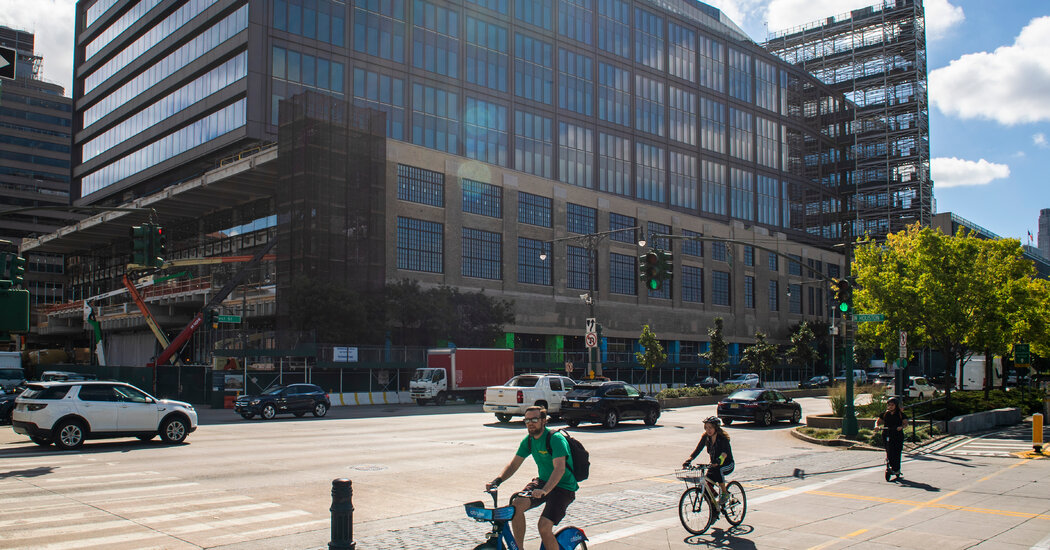 
Google on Tuesday announced it would spend $2.1 billion to buy a sprawling Manhattan office building on the Hudson River waterfront, paying one of the largest purchase prices in recent years for an office building in the United States and providing a jolt of optimism to a New York City real estate industry lashed by the pandemic and the shift to remote work.

The transaction comes during a precarious period for the city’s office market, the largest in the country, as the swift embrace of hybrid work and the shedding of office space have presented the most serious threat to the industry in decades.

While Manhattan has a glut of office space available for lease, setting record highs during the pandemic, the four firms that make up so-called Big Tech — Amazon, Apple, Google and Facebook — have staked a bullish position on the future of New York.

The companies have rapidly grown their operations and work force, one of the few bright spots for New York, which has been hit harder by the pandemic’s economic toll than any other major American city.

Google was already leasing the 1.3 million square-foot property, known as St. John’s Terminal, a former freight terminal near the Holland Tunnel. The company has 12,000 corporate employees in New York City — its largest satellite office outside its California headquarters — and said on Tuesday it planned to hire another 2,000 workers in the city in the coming years.

Collectively, the four tech giants employ more than 20,000 people in their Manhattan offices. But their workers are unlikely to work five days a week in the office again anytime soon. Many tech companies have said they will allow employees to work remotely in a hybrid arrangement even after the pandemic ends. Google recently postponed its return-to-office plans to early 2022 because of the highly contagious Delta variant.

“New York’s energy, creativity and world-class talent are what keep us rooted here and why we’re deepening our commitment with plans to purchase St. John’s Terminal,” said Ruth Porat, the chief financial officer at Google and its parent company, Alphabet. “We look forward to continuing to grow along with this remarkable, diverse city.”

Elected officials in New York praised the announcement as a sign of the city’s rebound.

“This announcement from Google is yet another proof point that New York’s economy is recovering and rebuilding,” Gov. Kathy Hochul, a Democrat, said in a statement. “We are creating jobs, investing in emerging industries, lifting up New Yorkers, and together, we are writing our comeback story.”

The transaction was first reported by The Wall Street Journal.

When the building opens after construction is finished in mid-2023, Google will have more than 3.1 million square feet of office space in New York, making it one of the largest leaseholders in the city.

Google’s New York presence began in 2000 with a single employee in sales who worked out of a Starbucks. The company sealed its commitment to the city in 2010 with the $1.8 billion purchase of a 15-story building in Chelsea.

Over the past decade, Google has rapidly increased its work force in Manhattan, hiring young engineers from the region’s universities, attracting tech workers who do not want to reside in Silicon Valley and expanding its marketing and sales departments. The company has added 5,000 employees in New York since late 2018.

The terminal building Google is purchasing is in Hudson Square, a neighborhood on the West Side of Manhattan that is sandwiched between TriBeCa, Greenwich Village and SoHo. Many creative, media and tech companies have offices there, including the website builder Squarespace and the eyewear company Warby Parker. Disney has also selected the neighborhood as the new headquarters for its New York office.

In addition to its office district, the area has a growing residential population, after a rezoning in 2013 led to a boom in the development of new high-rise and condo buildings.