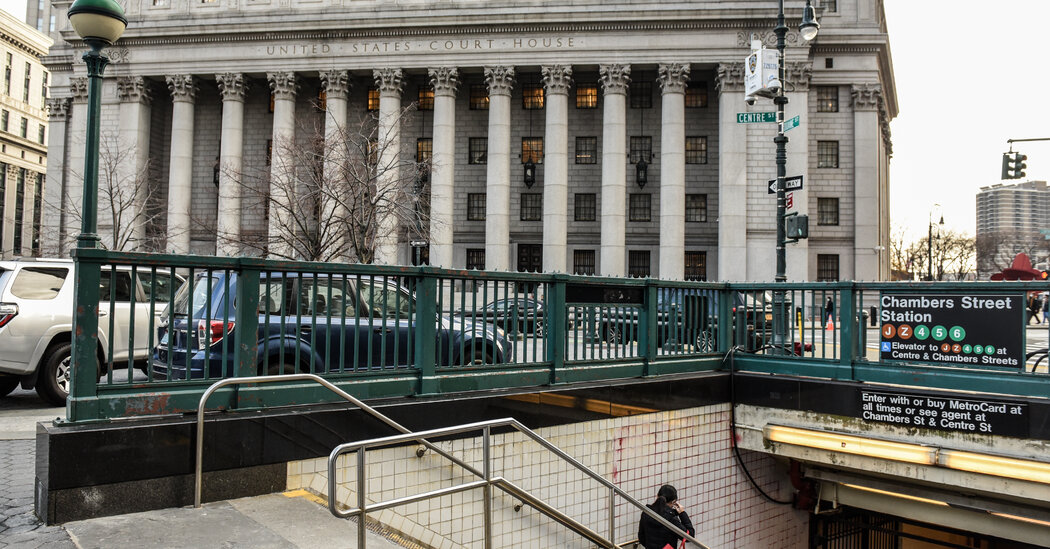 But this week, Judge Nathan, 49, paused the trial for a trip to Washington, where she faced questions of a different sort.

The judge has been nominated by President Biden to the prestigious U.S. Court of Appeals for the Second Circuit, and on Wednesday, she was grilled at her confirmation hearing by members of the Senate Judiciary Committee. The questions came mostly from Republicans, who asked about her views on guns rights, capital punishment, compassionate release requests by felons during the pandemic, as well as her past writings and legal advocacy.

Responding to a question from Senator Charles E. Grassley, Republican of Iowa, about the Second Amendment, she said she would “without hesitation,” fully implement the Supreme Court’s decisions affirming an individual’s right to bear arms.

Asked by Senator Mike Lee, Republican of Utah, whether states had a legitimate interest in ensuring the integrity of their voter registration rules, she said yes.

But she declined to provide an opinion when Mr. Lee followed up, asking, “Should illegal immigrants be allowed to cast votes in state and local elections?”

“That’s a policy question that would be inappropriate for me, as a sitting court judge or a nominee to the Second Circuit, to weigh in on,” Judge Nathan said.

Judge Nathan, who was back on the bench when the Maxwell case resumed Thursday following the three-day recess, has spent a decade on the U.S. District Court for the Southern District of New York, to which she was appointed by President Barack Obama.

About a month ago, while she was overseeing jury selection in the Maxwell case, the White House announced her nomination to the Second Circuit, noting at the time that she would be the second openly gay woman to serve on any federal circuit court if she was confirmed by the Senate.

At the hearing, Senator Chuck Schumer of New York, the Democratic majority leader and a former Judiciary Committee member, introduced Judge Nathan, whom he had recommended for the post.

Carl W. Tobias, a law professor at the University of Richmond School of Law who closely follows federal judicial nominations, said Wednesday that the judge’s questioning by Republican members followed a familiar pattern for Biden nominees.

“All of the appellate nominees and many of them people of color are being asked similar kinds of questions,” Professor Tobias said.

At one point in the hearing, Senator John Kennedy, Republican of Louisiana, asked Judge Nathan, “Do you think America is mostly good or mostly bad?”

She answered by describing a walk she took on Tuesday with her sons to the Supreme Court, where she once had been a law clerk, and of seeing the inscription engraved above the entrance, “Equal Justice Under Law.”

“I’m proud to be a part of this American judicial system,” Judge Nathan said.

“Yes, ma’am,” Mr. Kennedy said. “But do you think America is mostly good or mostly bad?”