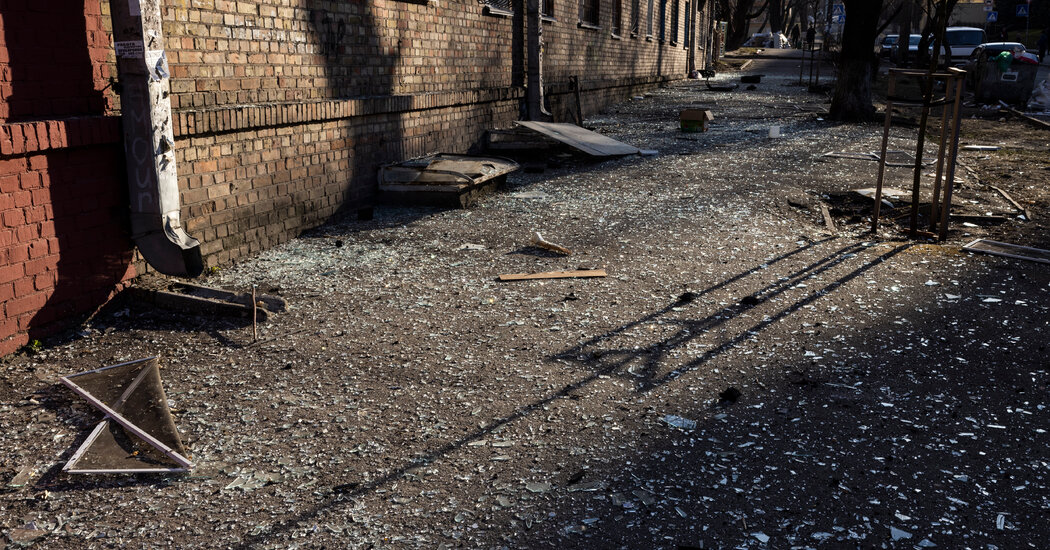 
The Fox News correspondent Benjamin Hall was injured on Monday in Ukraine while reporting outside of Kyiv and has been hospitalized, the network said.

Executives at Fox News said they had only sparse information about the nature of the journalist’s injuries. Mr. Hall, 39, is a longtime war correspondent who has covered conflicts in Afghanistan, Iraq, Libya, Syria, and other countries. He joined Fox News in 2015 and became a State Department correspondent for the network last year.

“We have a minimal level of details right now, but Ben is hospitalized and our teams on the ground are working to gather additional information as the situation quickly unfolds,” Suzanne Scott, the chief executive of Fox News Media, wrote in a memo to employees.

“The safety of our entire team of journalists in Ukraine and the surrounding regions is our top priority and of the utmost importance. This is a stark reminder for all journalists who are putting their lives on the line every day to deliver the news from a war zone.”

On Sunday, the American filmmaker and journalist Brent Renaud was shot and killed while reporting in a suburb of Kyiv. Mr. Renaud, 50, was killed in a suburb that had been targeted with intense shelling by Russian forces.

President Biden’s press secretary, Jen Psaki, acknowledged Mr. Hall’s injuries during a White House press briefing on Monday. “Our thoughts, the president’s thoughts, our administration’s thoughts are with him, his family, and all of you at Fox News as well,” Ms. Psaki told the Fox correspondent Jacqui Heinrich.

The State Department Correspondents’ Association also issued a statement saying its members were “horrified” to learn of Mr. Hall’s injuries. “We wish Ben a quick recovery and call for utmost efforts to protect journalists who are providing an invaluable service through their coverage in Ukraine,” wrote the group’s president, Shaun Tandon, who is also the State Department correspondent for Agence France-Presse.

Mr. Hall, who is a dual citizen of Britain and the United States, was based in London before relocating to Washington last year. His war reporting has included being embedded with soldiers across Africa and the Middle East. He is also the author of a history of the Islamic State, “Inside ISIS: The Brutal Rise of a Terrorist Army.”

Fox News has five correspondents in Ukraine covering the Russian invasion, including Mr. Hall. The network issued the first on-air report that one of its correspondents had been injured. “This is news we hate to pass along to you, but it’s obviously what happens sometimes in the middle of a conflict,” the anchor John Roberts said.