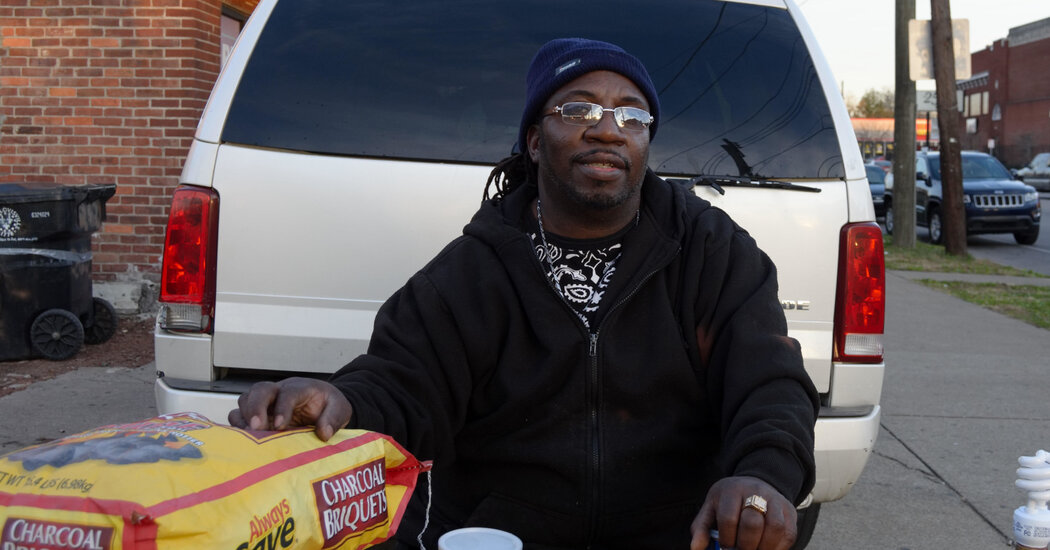 
Ms. Crews fired several pepper balls toward where Mr. McAtee’s niece, Machelle McAtee, was standing under a blue canopy outside YaYa’s. She and several others sought shelter inside, Mr. Wine said in the statement.

One of the balls — which may not have been distinguishable at the time from other ammunition — hit a bottle on an outdoor table, according to bystander video analyzed by the visual investigations team of The New York Times. Another pepper ball, it said, came close to hitting Mr. McAtee’s niece in the head.

That’s when Mr. McAtee pointed a gun out a door and fired one shot, before stepping back inside and then re-emerging to fire a second shot, Mr. Wine said.

Mr. McAtee was struck once in the chest, and he died before paramedics arrived around five minutes later, Mr. Wine said.

In his statement last May, Mr. Wine said he declined to pursue criminal charges against the four individuals, including Ms. Crews, who had fired a total of 19 shots during the encounter. Ms. Crews fired eight of the shots, but the shot that hit Mr. McAtee was fired by one of the two National Guard members, though it was unclear which one, Mr. Wine said.