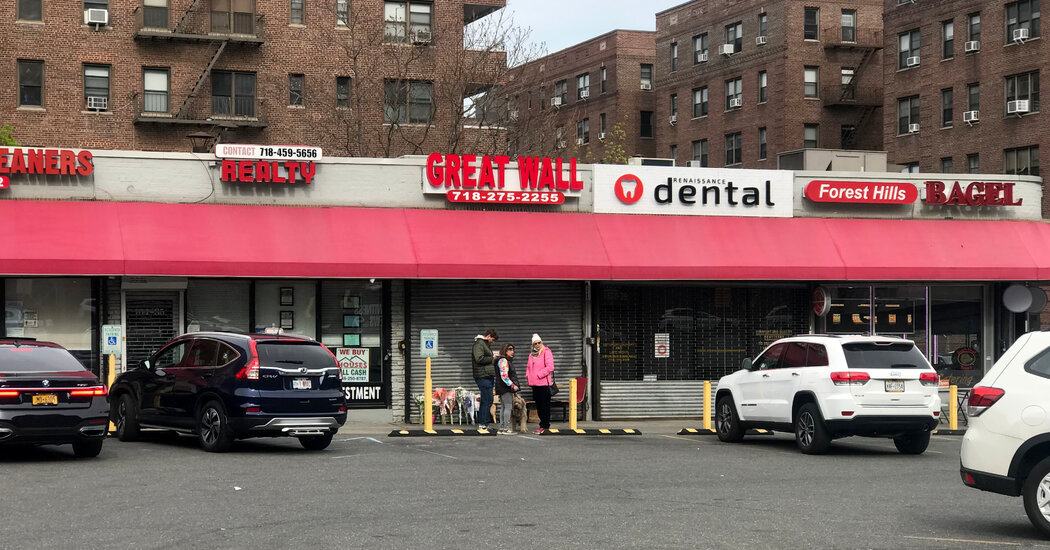 
Sooi Chung, a longtime co-worker, said in a telephone interview that Mr. Yan had worked seven days a week to support his wife and three children, who range in age from 2 to 15. When business was slow, she said, he would help his wife, who works at a nearby laundromat.

Councilwoman Julie Won, who is Korean American, said Mr. Yan’s death symbolized the perils facing delivery workers, many of whom are Asian American. They have been the target of violent attacks during the coronavirus pandemic, and they have also been failed by public safety and labor systems that leave their lives at risk as they seek to eke out a living, she said.

The Great Wall was closed on Sunday, but more than a dozen customers gathered outside and shared stories about Mr. Yan. Nearly a dozen bouquets were lined up outside the restaurant in the afternoon, and some people left notes to his family on greeting cards.

Among those who came to pay their respects was Andres Villa, 45, a handyman at a Forest Hills building. He remembered Mr. Yan as a hard worker with a cheerful demeanor.

“He was always running around no matter what kind of weather we had,” Mr. Villa said. “Rain and snow, he was always working. He always yelled to everyone, ‘Hello, my friend!’”

Mr. Villa said he once saw a driver bump into Mr. Yan’s car, which was full of delivery orders. Mr. Yan didn’t get angry, he said. “He just said, ‘Don’t worry, I’ll be back,’ and went to deliver the food,” Mr. Villa said.

Mr. Yan’s killing was the second so far this year in the 112th Precinct, which includes Forest Hills and Rego Park, an area that had not previously seen a killing since 2016, according to police statistics.