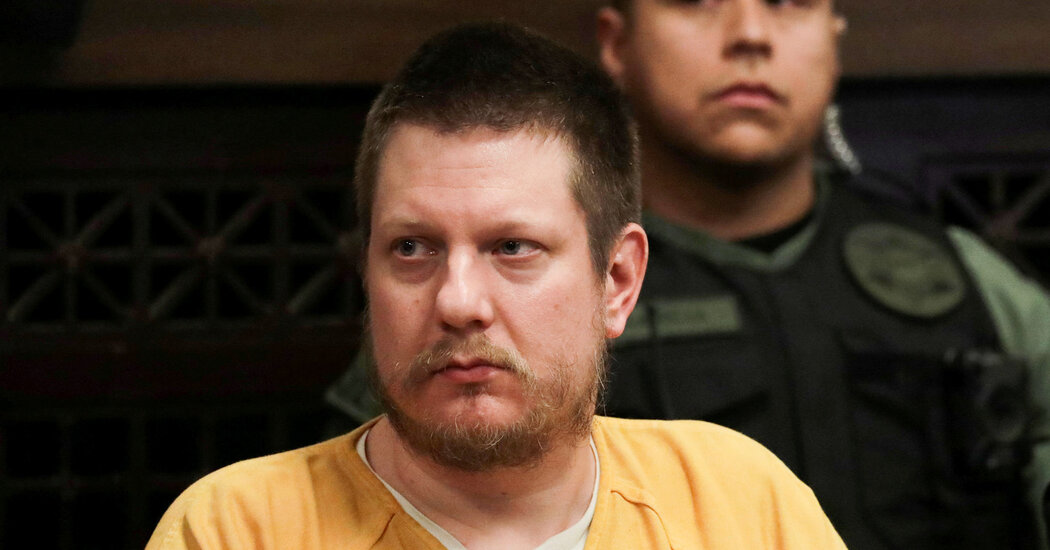 
Federal prosecutors said on Monday that they would not bring criminal charges against a former Chicago police officer who served about three years in state prison after being convicted of second-degree murder in the 2014 shooting of Laquan McDonald, a Black teenager.

In a statement on Monday, the U.S. Attorney’s Office for the Northern District of Illinois said that, after consulting with Mr. McDonald’s family, it decided not to charge the former officer, Jason Van Dyke, in the killing of the 17-year-old boy, whose murder put a spotlight on police brutality, prompted changes in police procedure and had political ramifications.

The prosecutors said that the bar to convict Mr. Van Dyke on federal charges would have been much higher than the one for state charges. They would have to prove that he knew deadly force was excessive and that his actions “were not the result of mistake, fear, negligence, or bad judgment,” the statement said.

They added that a second round of charges against Mr. Van Dyke “would diminish the important results already achieved.” They noted that a federal judge would have to consider Mr. Van Dyke’s previous sentence and his good conduct in prison.

In October 2014, Mr. Van Dyke, who is white and was then on the Chicago police force, responded to a report that a person was breaking into vehicles and found Mr. McDonald holding a knife but veering away from the police. Mr. Van Dyke shot the boy 16 times, firing even after Mr. McDonald had collapsed onto the street.

The shooting was caught on a dashboard-camera video, but the city released it only 13 months later after a judge’s order. The footage prompted protests across the city that denounced both the cover-up and Mr. McDonald’s brutal death.

Mr. Van Dyke was convicted in state court in 2018 of one count of second-degree murder and 16 counts of aggravated battery with a firearm. He was the first Chicago police officer to be convicted of murder in an on-duty shooting in nearly 50 years.

He was released in February, with credit for good behavior, after having served less than half of an 81-month prison sentence. While it is fairly routine for prisoners to be released early if they demonstrate good conduct, some Chicago activists were outraged. They called on the federal authorities to file civil rights charges against Mr. Van Dyke to make up for what they believed to be a lenient sentence.

Mr. McDonald’s great-uncle, the Rev. Marvin Hunter, did not immediately respond to emails or phone calls on Monday, but he said in February that he did not protest Mr. Van Dyke’s early release.

“Justice, in our eyesight, was getting a conviction,” he said at the time. “It wouldn’t benefit anyone in this country for Jason Van Dyke to go back to jail and get 100 years or 1,000 years.”

Daniel Herbert, Mr. Van Dyke’s lawyer and a former police officer, did not immediately respond to emails or phone calls on Monday.

The police superintendent and several police officers were fired over the cover-up, which also may have been one of the reasons Rahm Emanuel, the former mayor, did not seek a third term.