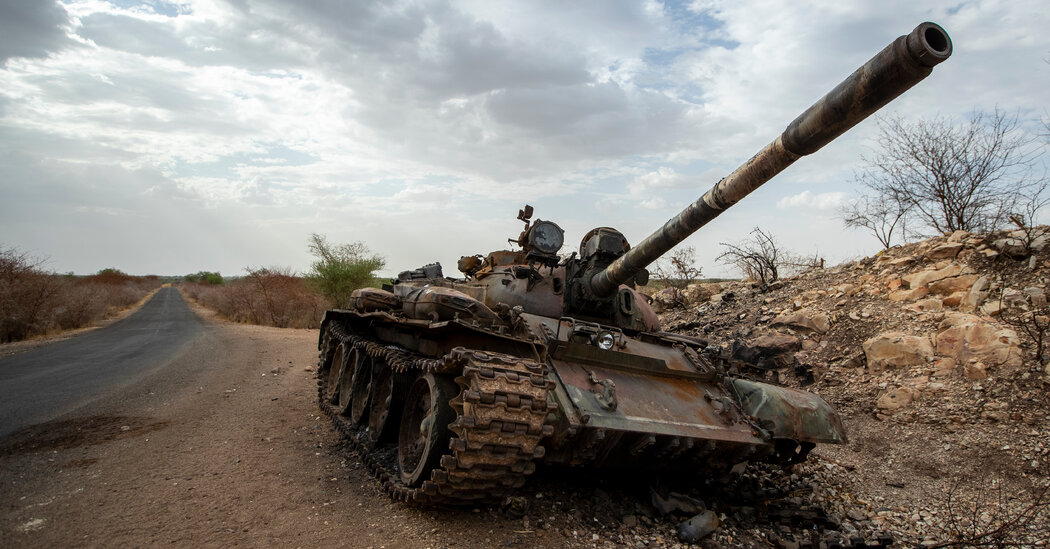 Ethiopian Forces Retreat in Tigray, and Rebels Enter the Capital


Last Tuesday, dozens of people were killed when a government airstrike struck a market in another part of Tigray and killed dozens of people, medics and witnesses said, in one of the deadliest single incidents of the eight-month civil war.

Ethiopian forces reportedly abandoned a number of strategic positions around Adigrat, Abiy Adiy and in several locations in southern Tigray. The rebels also say they have captured several thousand Ethiopian soldiers and are holding them as prisoners of war.

Despite Eritrea’s announcement in March that it would withdraw its forces from Tigray, Eritrean troops have continued to be a factor in the fighting. Eritrean forces have been spotted by aid workers throughout the Tigray Region, from towns in the far north west to dwellings in central areas of the region, where they have bolstered federal forces loyal to Mr. Abiy for months. Though the Tigrayans appear to have the upper hand, for now, around Mekelle, the picture in the rest of the country is still murky.

It was also unclear whether diplomatic efforts by other countries were having an effect on the action in Tigray. On Saturday, Ethiopia’s deputy prime minister, Demeke Mekonnen, met with several senior diplomats from Britain, Germany, the United States and Spain in Addis Ababa, according to two diplomats briefed on the talks. The diplomats said those talks did not reach any consensus on the need for a cease-fire in Tigray.

Getachew Reda, an executive member of the Tigray People’s Liberation Front, said in a telephone interview last week that Tigrayan forces — which have mushroomed with thousands of new volunteers — had gone on the offensive, targeting four Ethiopian army divisions.

“We have launched an offensive at the divisions which we believed were critical,” Mr. Getachew said. “At the same time, they have abandoned many towns and cities.”