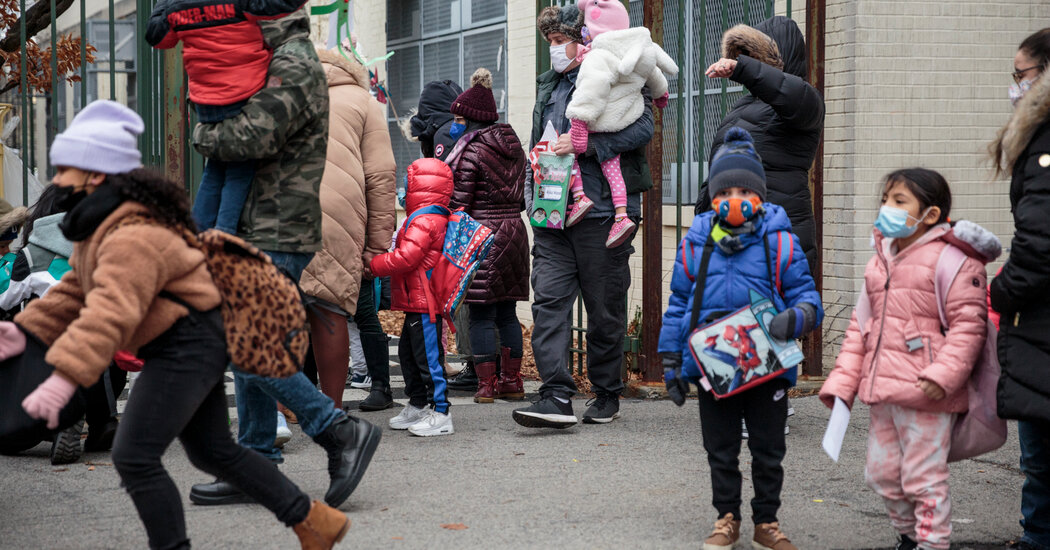 
Since the start of the pandemic, Clare Dawson has paid close attention to the government’s announcements of new coronavirus restrictions, to see if it was safe enough for her to leave her parents’ home in Surrey, England.

On Monday, she was discouraged. Prime Minister Boris Johnson of Britain announced that people in England who test positive for the virus would soon no longer be required to isolate and moved to end most free testing. Ms. Dawson prepared herself for more isolation, anxiety and loneliness.

“If there was someone walking around the streets whom you knew might kill you, would you go out?” said Ms. Dawson, who has a chronic lung disease that puts her at greater risk of severe Covid-19.

The government has said that it is ending the remainder of virus restrictions to help the country shift to more of an approach of living with the virus. But some critics say the move is premature and overlooks those who are most clinically vulnerable, especially the hundreds of thousands who are immunocompromised. In the United States, many immunocompromised and higher-risk people have also felt left behind by the flurry of lifted restrictions.

“What happened yesterday has been very concerning for the people we work with,” said Gemma Peters, the chief executive of Blood Cancer UK, a charity that funds research into blood cancer.

After the announcement, the charity’s hotline was overwhelmed with calls from cancer patients asking how they should behave given the new rules, and whether it was safe for them to go out in public.

“We can’t answer all the calls,” Ms. Peters said. “People use language like, ‘society doesn’t care if I die,’ and I think that is the feeling — that they are kind of collateral damage.”

The British government said that free tests would still be available for vulnerable people, but acknowledged that lifting the remaining legal curbs would most likely cause a rise in cases.

Source: Center for Systems Science and Engineering (CSSE) at Johns Hopkins University. The daily average is calculated with data that was reported in the last seven days.

“Keeping free testing for the vulnerable? That’s too late,” said Trishna Bharadia, 42, who has multiple sclerosis and has been quarantining at home in Buckinghamshire, England, for the past two years. “The aim should be to prevent the vulnerable from getting Covid in the first place.”

Ceinwen Giles, 47, who developed an immune deficiency after her cancer treatment for non-Hodgkin’s lymphoma, said she had allowed people to see her over the past two years only if they had tested negative for the coronavirus first.

“If I have friends who are not clinically vulnerable and don’t have tests,” she asked, “will I be able to see them?”

On Tuesday, Scotland also moved to roll back the final legal requirements for coronavirus restrictions. Nicola Sturgeon, Scotland’s first minister, announced plans to lift mask mandates in March and said the country’s Covid certification program, which has been in place for those attending large events, would end this month.

On Monday, the British government also withdrew its guidance in England for staff and students at most schools and nurseries to test twice a week, even if they do not have symptoms. Infected children will also no longer be legally required to isolate.

Ms. Giles says the fact that her 12-year-old daughter will now be sitting among children who are potentially infected has only added to her level of anxiety.

In England and Wales, only 16.8 percent of people who died of Covid from October to December last year did not have a pre-existing health condition, according to the British government.

“If everyone had to live with Covid the way we live with Covid, they wouldn’t have changed the rules,” said Ms. Dawson, who says she has not been able to hug her godchildren in two years. “It feels like they made the decision that our life and our freedom are not as important as that of other people.”