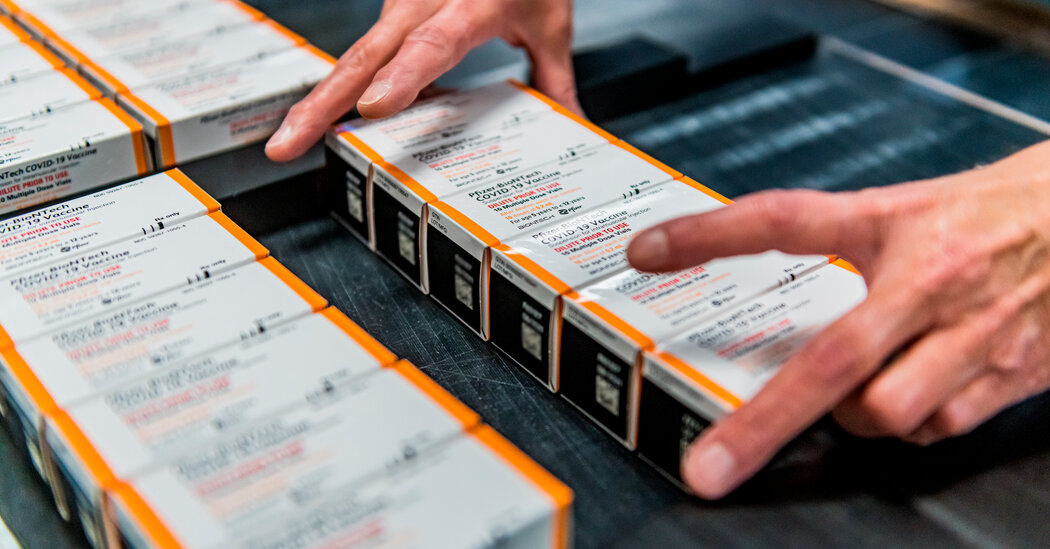 Covid Shots for Children 5 to 11 Could Begin Soon After C.D.C. Panel Meets


Vaccinations would ease the minds of many parents who are anxious to protect their young children and frustrated by frequent school shutdowns and quarantines. Outbreaks of the coronavirus forced 2,000 schools to close between early August and October. Every million doses given to children aged 5 to 11 would prevent about 58,000 cases and 226 hospitalizations in that age group, according to a C.D.C. estimate.

The C.D.C.’s advisers also evaluated information on the vaccine’s risks. There was enough data to conclude that the benefits of the vaccine outweigh the risks, even without more long-term safety data, said Dr. Matthew Daley, a senior investigator at Kaiser Permanente Colorado. “If we wait, we miss the chance to prevent many cases of Covid-19 in this age group, and that includes some very severe cases.”

Still, many parents are hesitant to immunize their children, citing concerns about long-term safety of the vaccine or because they fear that the vaccine is more harmful than Covid-19.

About three in 10 parents say they will definitely not get the vaccine for their 5- to 11-year-old children, according to the most recent poll by the Kaiser Family Foundation. A similar percentage of parents said that they would immunize their children “right away,” a figure that has barely budged since similar polls in July and September.

What to Know About Covid-19 Booster Shots

The F.D.A. has authorized booster shots for millions of recipients of the Pfizer-BioNTech, Moderna and Johnson & Johnson vaccines. Pfizer and Moderna recipients who are eligible for a booster include people 65 and older, and younger adults at high risk of severe Covid-19 because of medical conditions or where they work. Eligible Pfizer and Moderna recipients can get a booster at least six months after their second dose. All Johnson & Johnson recipients will be eligible for a second shot at least two months after the first.

Yes. The F.D.A. has updated its authorizations to allow medical providers to boost people with a different vaccine than the one they initially received, a strategy known as “mix and match.” Whether you received Moderna, Johnson & Johnson or Pfizer-BioNTech, you may receive a booster of any other vaccine. Regulators have not recommended any one vaccine over another as a booster. They have also remained silent on whether it is preferable to stick with the same vaccine when possible.

The C.D.C. has said the conditions that qualify a person for a booster shot include: hypertension and heart disease; diabetes or obesity; cancer or blood disorders; weakened immune system; chronic lung, kidney or liver disease; dementia and certain disabilities. Pregnant women and current and former smokers are also eligible.

Yes. The C.D.C. says the Covid vaccine may be administered without regard to the timing of other vaccines, and many pharmacy sites are allowing people to schedule a flu shot at the same time as a booster dose.

Before the F.D.A. advisers met last week, they were bombarded by thousands of emails spouting misinformation about the vaccine and asking the experts to vote against it. One common objection to the vaccine holds that children rarely get sick from the virus, and the vaccine’s potential harms may outweigh its benefits.

But while children are much less likely than adults to become seriously ill from the virus, their risk is not zero. Many children were infected with the coronavirus in the most recent surge, and children ages 5 through 11 accounted for nearly 11 percent of all cases the week of Oct. 10, according to data collected by the C.D.C.

Since the beginning of the pandemic, more than 8,300 children ages 5 to 11 have been hospitalized with Covid, and at least 94 have died. About one-third of the hospitalized children were sick enough to be admitted to intensive care units.