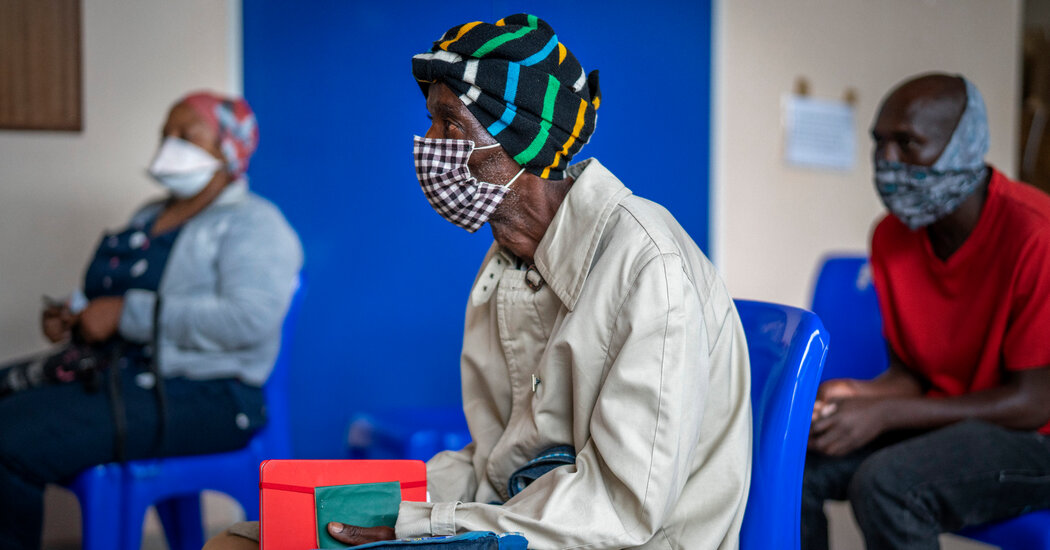 Covid-19 News: Latest on Omicron, the Pfizer Pill and Vaccines


A highly anticipated study of Pfizer’s Covid pill confirmed that it helps stave off severe disease, the company announced on Tuesday.

Pfizer also said its antiviral pill worked in laboratory studies against the Omicron variant, which is surging in South Africa and Europe and is expected to dominate U.S. cases in the weeks ahead.

“We are confident that, if authorized or approved, this potential treatment could be a critical tool to help quell the pandemic,” Albert Bourla, Pfizer’s chief executive, said in a statement.

Last month, Pfizer asked the Food and Drug Administration to authorize the pill, known as Paxlovid, based on a preliminary batch of data. The new results will undoubtedly strengthen the company’s application, which could mean that Americans infected with the virus may have access to the pill within weeks.

In Tuesday’s announcement, Pfizer said that if given within three days of the onset of symptoms, Paxlovid reduced the risk of hospitalization and death by 89 percent. If given within five days, the risk was reduced almost as much, to 88 percent.

The results, based on an analysis of 2,246 unvaccinated volunteers at high risk of severe disease, largely match the company’s initial, smaller analysis of the clinical trial, released last month.

Pfizer also released preliminary data from a separate trial looking at people with a lower risk. These volunteers including vaccinated people who carried a risk factor for severe disease, as well as unvaccinated patients with no risk factors.

Among this group of 662 volunteers, Paxlovid reduced the risk of hospitalization and death by 70 percent, the company said.

Mikael Dolsten, the chief scientific officer of Pfizer, was exuberant about the results after having overseen the development of the drug since the spring of 2020, with more than 200 company scientists crafting the molecule and then testing it in animals and people.

While the drug was in development, Dr. Dolsten held out hope that it might be 60 percent effective. Its true potency left him stunned. “We really hit the top of the board,” he said in an interview.

In both trials, most of the volunteers were infected with the Delta variant. But Pfizer said on Tuesday that in laboratory experiments, Paxlovid also performed well against the highly mutated Omicron variant. The drug jams into one of Omicron’s key proteins — called a protease — just as effectively as it does with other variants, Pfizer found.

Pfizer’s good news came as its rival, Merck, awaited word on authorization of its own antiviral pill, known as molnupiravir. In October, Merck and its partner Ridgeback Biotherapeutics announced that the pill reduced the risk of hospitalization and death from Covid-19 by 50 percent if taken within five days of the onset of symptoms.

But once the companies carried out a final analysis on all their data, the effectiveness dropped to 30 percent. At an F.D.A. advisory committee meeting last month, a number of experts reacted coolly to this modest effectiveness, especially given some concerns about the safety of the pill.

The committee narrowly voted in favor of molnupiravir’s authorization. But now, two weeks later, the F.D.A. has yet to announce whether it will do so. In the meantime, France has turned down Merck’s application, citing its modest effectiveness and concerns about safety. Britain authorized molnupiravir last month.

Dr. Dolsten said that Pfizer would have 180,000 courses of treatment ready if Paxlovid was authorized soon and that the company planned to make 80 million courses available worldwide in 2022.

Pfizer stands to make a huge amount of money from the drug. The investment bank SVB Leerink estimated that Paxlovid would bring in $24 billion in global revenue in 2022 and $33 billion in 2023. That would give Paxlovid one of the highest single-year sales of any medical product in history.

To date, only one other product has brought in more: Pfizer’s Covid vaccine.