Home  /  News   /  Can the Senate Be Saved? Ben Nelson, the Manchin of Yesteryear, Has Doubts 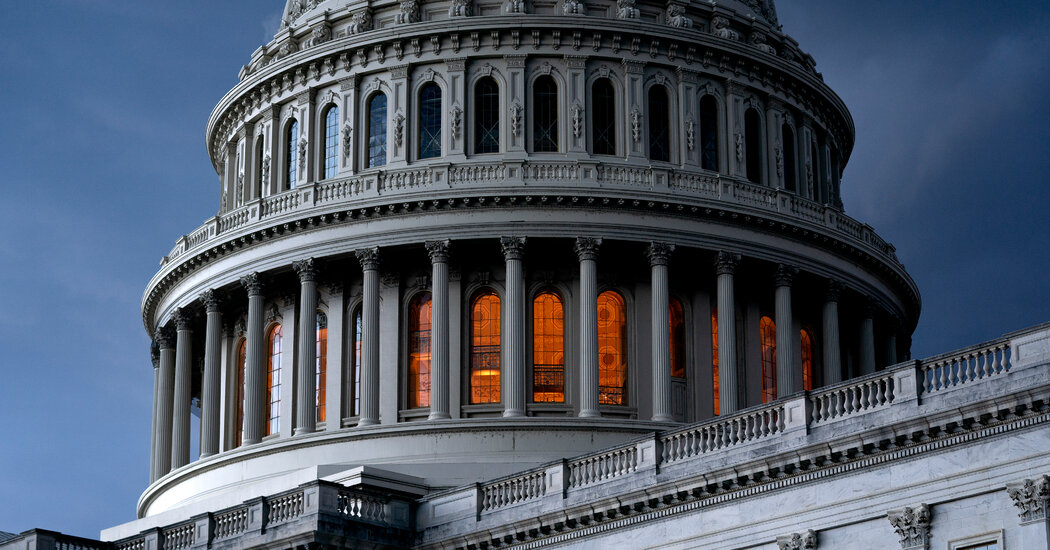 Can the Senate Be Saved? Ben Nelson, the Manchin of Yesteryear, Has Doubts


WASHINGTON — The senator adamantly insisted on bipartisanship. As his fellow Democrats enthusiastically embraced major priorities of the new president, he threatened to withhold his crucial vote unless changes were made and Republicans brought on board. He was statistically the Democrat most likely to break with his party.

His name was Ben Nelson, and he was the Joe Manchin of his day in 2009, when the incoming administration of Barack Obama was being tested by Republicans and could not succeed without the vote of the Democratic centrist from Nebraska.

“In a way, I think I was,” said Mr. Nelson, accepting the comparison with Mr. Manchin, the high-profile but hard-to-nail-down senator from West Virginia whose vote is pivotal to advancing the agenda of President Biden and congressional Democrats. “Though probably not with quite as much publicity about it.”

Mr. Nelson, like Mr. Manchin a popular former governor, was elected to the Senate in 2000. He retired after two terms in 2012, but has kept an eye on Washington and has become discouraged by what he sees.

His coming memoir is titled “Death of the Senate,” and although Mr. Nelson concedes that the institution still has a pulse, he sees it as gasping for breath even as Mr. Biden and some current centrist members struggle to produce a semblance of bipartisanship.

One main problem, Mr. Nelson suggests, is that too many members of Congress come to Washington determined to stop things from happening, rather than finding ways to make things happen while extracting benefits for their constituents and, hopefully, the nation as a whole.

That is a big difference from the current climate, he said, where a significant number of Republicans are committed to yielding no ground to Democrats.

“It is not a governable situation in D.C. right now for the president or for Congress, because you have the commitment of the Republican leader to block everything and let nothing get through,” he said.

Mr. Nelson is referring, of course, to Senator Mitch McConnell, Republican of Kentucky and the minority leader, whose determination to blockade Mr. Obama beginning in 2009 empowered Mr. Nelson in his dealings with the Obama administration.

The dynamic is similar today, as Mr. McConnell’s zeal for stopping Mr. Biden’s agenda is giving leverage to Mr. Manchin and a few other Democrats. Mr. McConnell comes in for some tough criticism in Mr. Nelson’s book, which refers to the Republican leader as someone whose main interest is to “maintain a grip on political power and partisan advantage, come hell or high water.”

In Mr. Nelson’s day, the situation was slightly different. Rather than the 50-50 split of today, Democrats controlled 57 votes in early 2009 — later to reach a filibuster-proof 60 for a brief period. And while Mr. Nelson was a constant target, the pool of centrists in both parties was larger then as congressional leaders and the White House sought to round up 60 votes to push through measures like an economic stimulus package and later the health care overhaul.

Yet some aspects have remained remarkably similar. Then as now, Democrats like Mr. Nelson and Mr. Manchin, whose politics and constituents are more conservative than the rest of their party, come under withering pressure to drop their reservations and simply vote with the team. They also hold outsize sway, with the power to force their own leaders to jettison some priorities to accomplish major goals, and are by nature reluctant to reflexively side with their party even when the stakes are highest.

As they look back on 2009, some progressive Democrats have been critical of their leaders’ willingness to bow to demands from Mr. Nelson and other moderates, saying it constrained the Obama administration. They worry that Mr. Biden is making a similar mistake in trying to bargain with Republicans and mollify Mr. Manchin.

But Mr. Nelson said there was never really another option for getting things done.

“It was either what we achieved as a compromise or perhaps nothing at all,” Mr. Nelson said. More expansive Obama-era proposals, he added, “didn’t have the votes. When people forget about vote-counting, you can be in La La Land all you want.”

That is also true of Mr. Biden’s top priorities, nearly all of which lack the 60 votes needed to overcome a filibuster and cannot garner even a simple majority if Mr. Manchin refuses to sign on.

Mr. Nelson balked at the initial stimulus proposal put forward by the Obama administration, writing in his book that the “House, under leadership from Speaker Nancy Pelosi, basically grabbed everything off the shelves that might be deemed economic stimulus and lumped it into an $819 billion package.”

Working with Senator Susan Collins, Republican of Maine and an occasional collaborator, Mr. Nelson organized a group — a gang, as they were known at the time — to press for the cost of the stimulus to be pared down and devote more to projects guaranteed to create jobs, eliminating some of the party’s priorities. It passed with the support of all Democrats and three Republicans, and has been criticized ever since for being inadequate.

Mr. Nelson then played a major role in shaping and finally approving the Affordable Care Act, holding out over a provision that he said would put an undue burden on states by requiring them to expand Medicaid.

Harry Reid, Democrat of Nevada and the majority leader who was pulling out all the stops to pass the measure, suggested that the bill include $100 million to cover the costs to Nebraska. Republicans, even some Mr. Nelson had worked closely with, quickly derided it as the “Cornhusker kickback,” and the name stuck. Mr. Nelson said that the proposal was misconstrued and was simply a place-holder as the administration worked out a more permanent solution and options for states.

“For my part, I had faced a critical choice,” Mr. Nelson writes, “to legislate or to vacate. I chose to legislate. Had I chosen the path taken by the Republicans, I could have just sailed along say no, no no.”

“The political consequences in my largely red state would be considerably less for vacating than the benefits accrued for legislating,” he said. “But I couldn’t have lived with myself.”

Mr. Nelson supported the bill, becoming the 60th vote for its approval. But the political damage was done as the news coverage of the special provision caused his popularity to drop back home. At the same time, the health care debate was fueling the Tea Party and made the bipartisanship that drove Mr. Nelson a dirty word.

“There was a new element in Congress, a kind of political virus that would virtually kill bipartisanship,” he writes in his book. “There was a restive mood emerging in the conservative areas of the country, a movement of small-government, or antigovernment activists who had been, since the TARP bailout, demanding that their elected representatives stop working on a bipartisan basis with Democrats.”

Despite the gridlock and combative partisanship that has swept the Senate, Mr. Nelson said he opposed eliminating the filibuster. In fact, he would like to see the 60-vote threshold restored for executive branch nominees.

He acknowledged that the push for bipartisanship can be time-consuming and frustrating, but that he believed that the Senate was still capable of a change in culture.

But if the people in the Senate cannot change, he said, it will be up to voters to change the Senate.