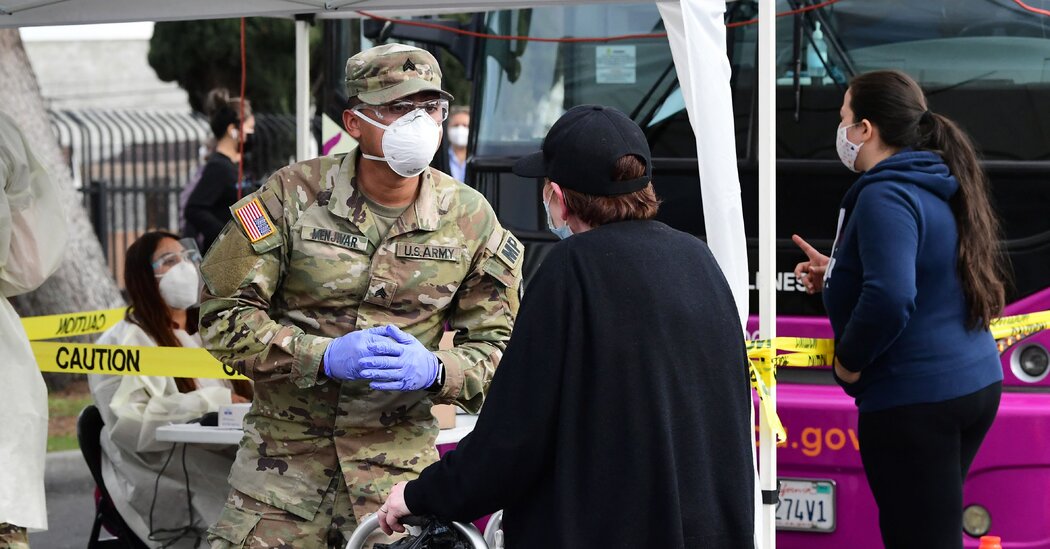 
Teachers across France staged a one-day walkout on Thursday to protest changing Covid testing rules that they say have disrupted classes and are now too lax to protect against the Omicron variant that is tearing across the nation.

The ministry did not say how many schools were closed for the day, but one of the biggest unions said that it expected about half of elementary schools to close because of the walkout.

“The epidemic must be curbed, but the policy that has been chosen is not consistent,” said Louise Diego Taboada, a high school teacher who was protesting near the Luxembourg Gardens, in central Paris, along with thousands of other school employees.

Thousands of people were also protesting in cities like Marseille, Lyon and Rennes.

The stop-work action, which most of the country’s teaching unions supported, has posed a serious challenge for President Emmanuel Macron’s government, which has taken pride in keeping its schools open longer than many other European countries during the pandemic.

“I fundamentally believe the choice that we made to keep schools open is the right choice,” Mr. Macron said at a news conference on Tuesday.

But the policies put in place to keep schools open have come at a cost. The government set up complex testing rules meant to spare whole classes from being sent home, or entire schools from having to shut down over a small number of positive cases. Officials then changed the rules twice in a matter of days, confusing millions of parents and teachers. The testing protocols led to snaking lines of exasperated parents and children standing in the cold outside pharmacies and medical laboratories.

To stave off a wave of growing anger, Prime Minister Jean Castex said on Monday that the protocols would be relaxed. Parents would no longer have to pick up their children immediately after a classmate tested positive, and exposed children no longer had to be tested at pharmacies and labs to return to class. Instead, the tests could be done at home.

But teachers said that the simplified rules increased risks of infections at school. They have also complained for weeks over a lack of equipment like air quality monitors and shortages of highly protective masks.

“They’ve opened school doors wide to Omicron and royally couldn’t give a damn about teaching personnel,” a union of school principals wrote on Twitter on Monday after Mr. Castex’s announcement.

France is now averaging nearly 300,000 newly reported coronavirus cases a day, almost six times as many as a month ago and far more than at any earlier point in the pandemic. Olivier Véran, the country’s health minister, said on Thursday that he had tested positive for Covid-19. Mr. Véran, who is fully vaccinated, said on Twitter that he would self-isolate and work remotely.

The surge in Covid infections has led to the closing of more than 10,000 classrooms in France, and tens of thousands of students are currently infected, according to the French authorities.

The walkout, which was planned earlier in the week, “demonstrates the growing despair in schools,” Snuipp-F.S.U., the leading union of elementary school personnel, said in a statement on Tuesday. “Not only does the current protocol fail to protect students, staff and their families, but it also completely disorganizes schools,” the statement read.

Ms. Diego Taboada, the teacher, said “contempt is constant” from the Education Ministry and that school personnel “have no support, no means.”

Although teachers’ strikes are common in France, they do not often unite as many unions as Thursday’s action did. A major parents’ federation also called on parents to march side by side with teachers.