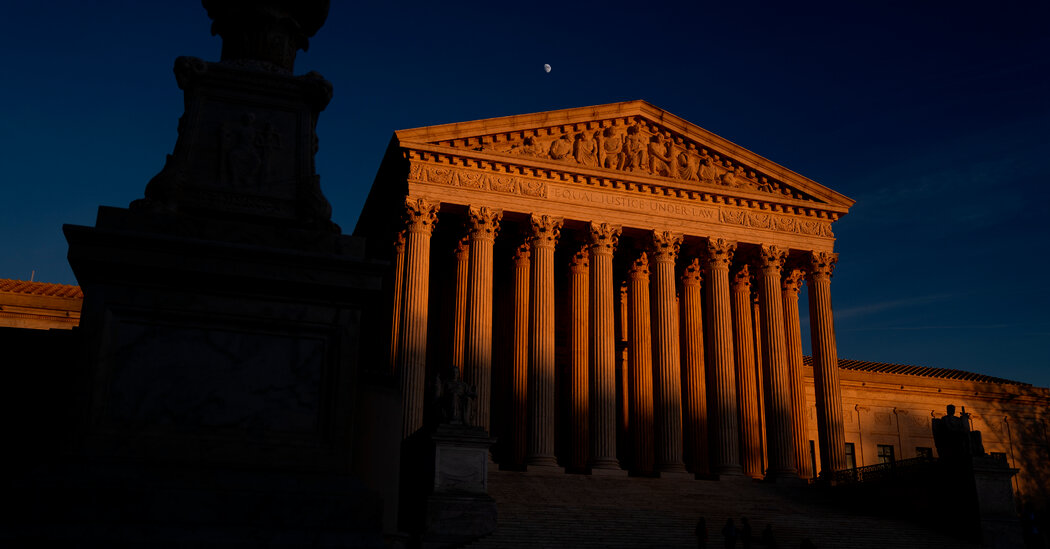 WASHINGTON — Justice Stephen G. Breyer, who is expected to retire after 27 years on the Supreme Court, leaves a legacy as a moderate liberal who worked hard to build consensus and protect the reputation of the court even as it moved sharply to the right in recent years.

He insisted that politics played no role in the court’s work, devoting a recent book to the subject. After the death of Justice Ruth Bader Ginsburg in 2020, when he became the court’s senior liberal, he may have hoped to find common ground with his more conservative colleagues.

But there was little evidence of that in recent months. In cases on abortion, immigration and the Biden administration’s responses to the coronavirus pandemic, he repeatedly found himself in dissent.

His voting over the years was generally similar to that of other Democratic appointees, if perhaps a little more conservative, according to a new report from Lee Epstein and Andrew D. Martin of Washington University in St. Louis and Kevin Quinn of the University of Michigan.

The report found that he cast the smallest percentage of liberal votes among the Democratic appointees with whom he served — Justices Ginsburg, Sonia Sotomayor and Elena Kagan. His disagreements with the other liberals, the report found, “tended to fall disproportionately in the area of criminal procedure.”

In 2013, for instance, he voted with the majority to allow the police to take DNA samples from people arrested in connection with serious offenses. The other liberals dissented.

Though he made frequent public appearances in all sorts of settings, he was far less prominent than some of his more colorful colleagues. He routinely came in last in public opinion surveys in which respondents were asked to name the justices.

In a Marquette Law School poll released this month, only 21 percent of Americans said they were able to express an opinion about him, the lowest for any member of the court.

Still, when he was promoting a book he could seem ubiquitous. Last year, he gave countless interviews in connection with the publication of “The Authority of the Court and the Peril of Politics.”

The book explored the nature of the court’s legitimacy and said it was undermined by labeling justices as conservative or liberal. Drawing a distinction between law and politics, Justice Breyer wrote that not all splits on the court were predictable and that those that were could generally be explained by differences in judicial philosophy or interpretive methods.

In an interview with The New York Times, he acknowledged that the politicians who had transformed confirmation hearings into partisan brawls held a different view, but he said the justices acted in good faith, often finding consensus and occasionally surprising the public in significant cases.

“Didn’t one of the most conservative — quote — members join with the others in the gay rights case?” he asked in the interview, referring to Justice Neil M. Gorsuch’s 2020 majority opinion in a ruling that a landmark civil rights law protects gay and transgender workers from workplace discrimination.

Justice Breyer was an idiosyncratic questioner on the Supreme Court bench. Lawyers appearing before the court sometimes resented his elaborate hypothetical questions, which could resemble an interior monologue with a point discernible only to him. They sometimes ended with a simple request: “Respond.”

At the same time, his questions were evidence of intense curiosity and an open mind, which often contrasted with the more strategic inquiries of his fellow justices.

He was, for instance, the only justice in the majority both times in a pair of 2005 cases that allowed a six-foot-high Ten Commandments monument on the grounds of the Texas Capitol but held unconstitutional the posting of framed copies of the Commandments on the walls of Kentucky courthouses. A conservative bloc of justices would have upheld both kinds of displays, while a liberal bloc would have required their removal.

Justice Breyer wrote the majority opinion in 2000 in Stenberg v. Carhart, a 5-to-4 decision that struck down a Nebraska law banning a procedure that its opponents called partial-birth abortion.

He was characteristically balanced in presenting the clash of values.

“Millions of Americans believe that life begins at conception and consequently that an abortion is akin to causing the death of an innocent child; they recoil at the thought of a law that would permit it,” he wrote. “Other millions fear that a law that forbids abortion would condemn many American women to lives that lack dignity, depriving them of equal liberty and leading those with least resources to undergo illegal abortions with the attendant risks of death and suffering.”