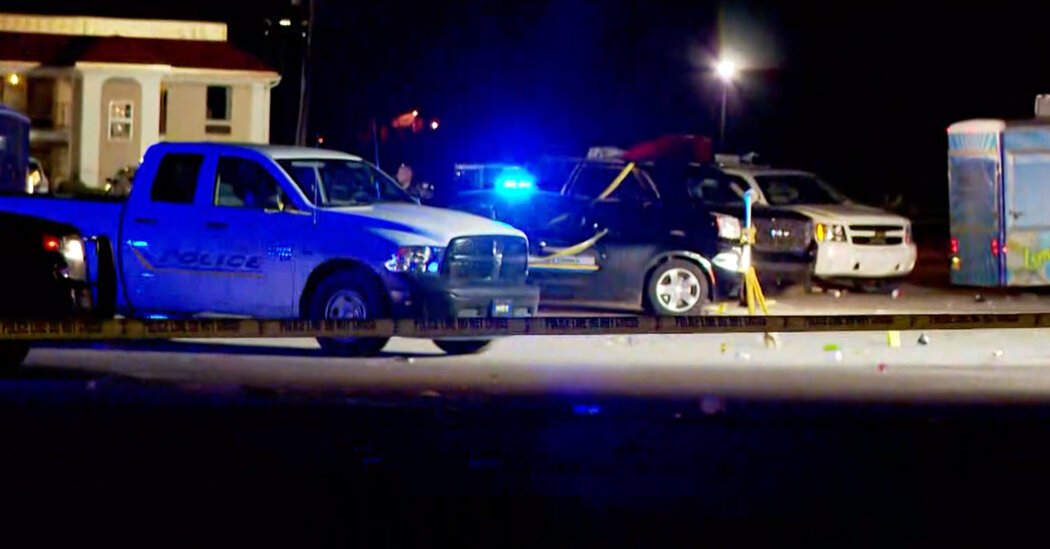 
Sometime after 6 p.m., the people who had gathered near the stage were asked to make room for the parade of cars. It was right around that moment that Mr. Elliott, who was onstage, heard the shooting to the right of him, coming from behind some food trucks.

Other witnesses described a chaotic scene.

Candace McKinzie, 26, who helped organize the event, said that she was eating a funnel cake at her booth, collecting signatures for the Hood-Nic yearbook, when she heard a series of pops about 100 feet away.

Then she saw people running in her direction, tripping over one another. There were “elderly people falling, trying to hide under tables,” she said.

Ms. McKinzie said she dropped her food, ran toward a table and heard her boyfriend, Josh Lane, scream: “Get down!”

Her brother flipped a booth on its side and shielded children behind it, she said.

Her cousin and sister were shot amid the mayhem. Both had surgery on Sunday and were expected to fully recover, she said.